Donnie Wahlberg will be on "The Talk" on CBS next Monday, November 12th.

Jordan tweeted that he was in New York yesterday with the hashtag "#nkotbcd2013".  He was also scheduled to be a speaker at the Billboard Touring Conference and Awards in New York City that day. Jordan also shared this photo of him and Tommy Page. 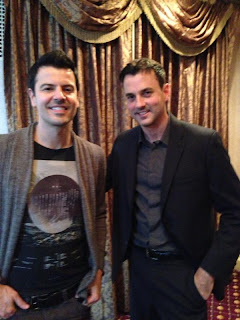 
Joey McIntyre Signs With Kritzer Levine Wilkins Griffin Nilon Entertainment. Singer-songwriter and actor Joey McIntyre is now repped for management by Adam Griffin at Kritzer Levine Wilkins Griffin Nilon Entertainment.  In addition to his music career, McIntyre’s most recent credits include the feature film New Year’s Eve and the TV series CSI: New York and Psych. He has also appeared as a celebrity participant on Dancing With The Stars.


Joey made some phone calls on Tuesday reminding people to vote for Obama.  Here is a photo from the Obama for America - Hollywood Facebook page. 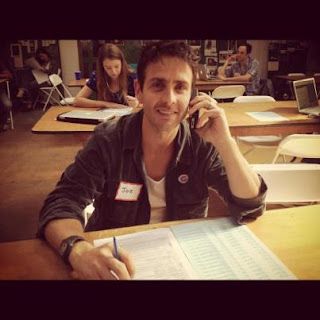 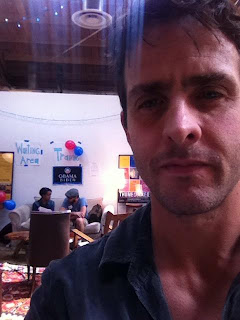 Contactmusic.com talked with actress Megan Hilty about working with Joey on the Broadway show "Wicked".

"I got to make out with Joey from New Kids on the Block in Wicked. My childhood fantasies came true that day. I had dolls of him at my parents' house that I made him sign. I was like, 'This isn't creepy at all.'" Actress Megan Hilty on kissing her former childhood crush Joey McIntyre onstage in 2004 when they starred in Broadway show Wicked together.