New Kids on the Block will be receiving their Star on the Hollywood Walk of Fame on October 9th in Hollywood. Everyone is welcome to attend and it will take place at 11:30 AM at 7072 Hollywood Blvd. between Sycamore and La Brea streets.

The guys got together in LA last weekend. I'm guessing they were making some plans for the future. Here is a photo Joey shared of Donnie, Danny and Jordan re-enacting stair choreography from the Step by Step video. 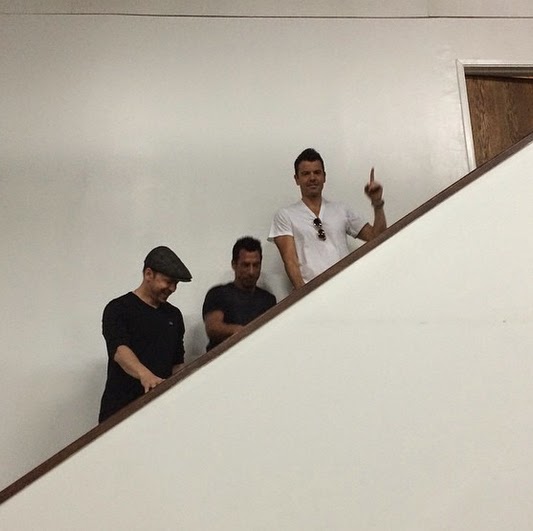 The TV Guide Network is rebranding itself as POP and has plans to air the series about the New Kids on the Block cruise in 2015.

Donnie appeared at the Canon PIXMA PRO City Senses Gallery at EpiCenter in Boston on September 17 and displayed some of his own photographs. View some photos of the event here. 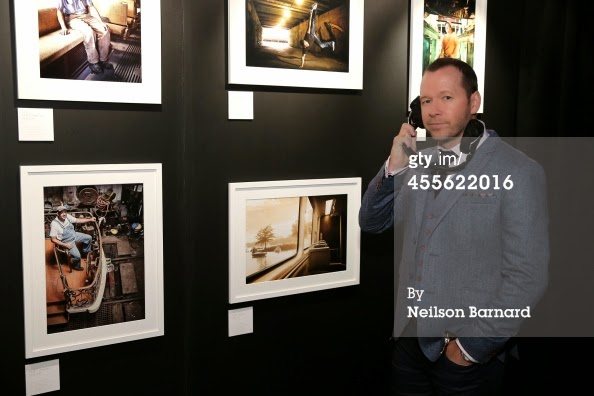 Read Donnie's interview with OK Magazine in which he talks about Canon’s PIXMA Pro City Senses Pop-Up Gallery event, his favorite restaurants in Boston, Blue Bloods, the New Kids getting a star on Walk of Fame and more.

Donnie talks about photography, Blue Bloods, his family life and more in an article from Boston.com.

Donnie Wahlberg Dishes on Life As a Newlywed and Family Man
As Donnie Wahlberg settles into his latest role as a new husband, he’s learning just how much the little things matter.
Things like love, humor, and family, each of which are central to his professional projects like “Blue Bloods,” “Wahlburgers,” and “Boston’s Finest,” are also prominent in his personal life with wife Jenny McCarthy.
The couple, who were married on Aug. 31, was present at Canon’s Pixma Pro City Sense pop-up gallery VIP event at EpiCenter in South Boston on Wednesday night, where Wahlberg served as host and delivered an address to a crowd of photography enthusiasts.
The event, which opens to the public on Thursday, Sept. 18 from 4-8 p.m., featured photography from local artists Josh Andrus and Scott Nobles, and an interactive gallery tour preceded the reception.
Before hearing from Wahlberg at about 7:30 p.m., attendees were escorted to four sensory-triggering booths with touch, smell, taste, and sound exhibits, all of which coincided with the New England-based photography on display.
“When I was approached to be a part of this, I was really surprised because I’m not much of a photographer,” Wahlberg remarked, adding that he’s a tremendous fan of the artform.
“Then I started to do the math and I realized, I’ve been in my band for 30 years and that’s a long time,” Wahlberg, 45, said. “One of the great things about having grown up in the music business in the period that I did, was everything was printed photography. We live digital lives, but there’s nothing more powerful than a printed image.”
He later joked that he wanted to learn how to take photos of his wife, which resulted in a giddy round of giggles from the crowd.
After he humbly wrapped his speech, Wahlberg sat down with Boston.com and dished on where his life has taken him since we last chatted in Sept. 2013.
“In one short year,” Wahlberg paused, “I’m married, ‘Wahlburgers’ is now on TV and a hit show, we’re opening restaurants everywhere and I’ve probably went from the busiest guy on earth to the happiest guy on earth.”
Not a bad, eh?
“I think it’s a good trade-off,” he said. “Still busy but more happy.”
McCarthy sat nearby during the interview while Wahlberg dished on being a newlywed, his home life, his upcoming professional projects, and what exactly drew him to host the Canon event.
“I grew up working with rock n’ roll photographers who were very influential in my life,” Wahlberg said. “Working with them gave me a love and appreciation for printed photography. If it was a selfie thing or an iPhone thing, I don’t know if I would have been here.”
The fact that the event was centered on something that “made sense” to him creatively and interest-wise, and the fact that it happened to be in his hometown “made it a no-brainer.”
Boston keeps calling Wahlberg, who now lives in New Jersey with McCarthy, back.
“Boston doesn’t let you forget it,” he said. “The tough love part of Boston doesn’t let you forget where you came from, but the greatness of Boston makes you not want to forget where you came from so it all works out.”
Wahlberg is happy to give back when he can.
“If it wasn’t for people giving hands back to Boston 30 years ago, I wouldn’t be sitting here right now,” Wahlberg said. “My brother Mark wouldn’t be sitting here and a whole bunch of people wouldn’t be sitting here, as a consequence of him and I sitting here. So it’s all giving back.
“You give back and pay it forward and somebody else finds their way to do something that might make a difference in someone’s life.”
Donnie and Mark are two of nine Wahlberg children, so it’s no wonder the New Kid-turned-actor-turned-producer/restaurant owner was quick to say that “families are most important to everyone.”
“My show, ‘Blue Bloods,’ is a huge hit because they see the family and they see the family dinners, and even if they don’t have a family they long for that,” Wahlberg said. “It draws people in.”
“‘Duck Dynasty,’ whether you agree with their politics or not, millions of people watch it because they see them having dinner together and somehow they just long for the simplicity of just being with your family,” he added. “As the world gets more complicated, the simple things get further and further away from us.”
The evening of printed photography symbolized the simplicity that Wahlberg was able to achieve this summer at home with McCarthy, her son Evan, and his son Elijah.
“It was a really important time for us,” Wahlberg said. “I see my goals shifting right before my eyes to keep working hard and keep putting positive energy out there, but also not get lost in so much work that I don’t appreciate and enjoy the very things that I’m representing in every facet of my career.”
He went on to note that “’Wahlburgers’ is about family, ‘Blue Bloods’ is about family, ‘Boston’s Finest’ is about roots and home, and all these different things are about the simple things in life: love and humor and family.
“I think sometimes I work so much I drift away from them,” Wahlberg said. “I think spending time with the family this summer has sort of helped me re-prioritize.”

US Magazine posted an article about Donnie and Jenny's appearance at the Canon PIXMA PRO City Senses Gallery event in Boston.

Joey recently attended and performed at the Voices On Point gala in Los Angeles, at the Hyatt Regency Century Plaza on September 13. Check out some photos of him here. 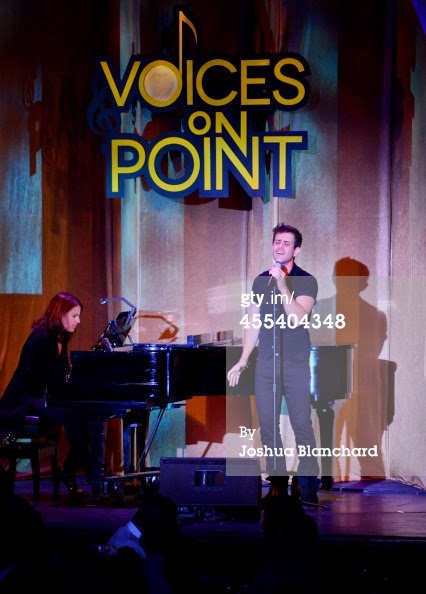 Read Joey's interview with CBS where he talks about his first job, what prop he would like steal from the set of of the McCarthy's, what famous person would he like to have dinner with, what's on his music playlist, his "go-to" karaoke song and more. Update: Interview has been deleted, does anyone have it saved?

Nick and Knight are now offering "After Show Quickie" in which you can get a photo with Jordan and Nick. You can buy tickets on the Nick and Knight website.

Jordan is hosting an "After Work Hangout" in St. Louis on Monday.

Jordan did a Twitter takeover of @1023TheMax, scroll back to September 9 to read his posts. He will be doing another Twitter chat with KDWB on Monday at 10AM (central time).
Posted by NKOTB News at 9:52 AM