Joey McIntyre will be attending the 2012 Sense-ation! Gala again this year. It takes place at the Boston Convention and Exhibition Center on Tuesday, October 16, 2012.  Check out their website for more information.

Here is the latest update about the new upcoming NKOTB album from Gabe Lopez ‏
"In with @brentpaschke working on this @NKOTB song. @joeymcintyre will be here later. Loving this song! And all you BHs will, too!"


Apparently growing a mustache and taking a photo with your shirt off is what gets you in the news lately, even though Donnie posted a similar photo back on May 21. 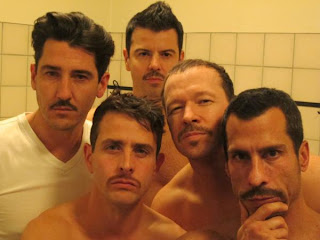 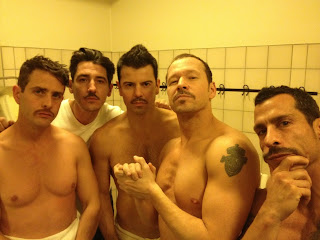 (Photo Donnie posted yesterday)
If you want to read the news articles about the mustache photo, here are the links to just come of them:)

Glamour - And Here's Some New Kids on the Block Eye Candy (Then and Now) to Get You Through the Day!