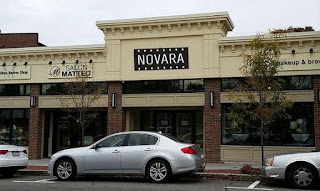 Jordan has invested in a new restaurant in Milton, MA called Novara. Here are a few articles about it!

It turns out Donnie Wahlberg isn’t the only New Kid on the Block moonlighting as a restaurateur. While Wahlberg is busy with his burger chain Wahlburgers — and the A&E reality show it spawned — Jordan Knight is one of the backers of Novara, a new restaurant in Milton. We know because Knight (inset) tweeted about it this week: “I’m excited and honored to join a great group of investors in the town of Milton’s newest attraction!! NOVARA!!” The northern Italian restaurant is opening soon in the space formerly occupied by Milton Cinema. Knight’s partners are the gang behind Abby Park, namely chef Tony DeRienzo, Vance Welch, and Ajay Sadhwani.

MILTON – Another New Kids on the Block member is giving the restaurant business a go.

Boy band alum Jordan Knight is one of the investors in a new Italian restaurant in East Milton Square, slated to open the second week in January.

The 5,500-square foot restaurant, Novara, from the team behind Abby Park, will be at 556 Adams St., the site of the old Milton Cinema and more recently Java Joe’s.

“I’m excited and honored to join a great group of investors in the town of Milton’s newest attraction,” Knight said Tuesday via Twitter.

Knight’s NKOTB bandmate, Donnie Wahlberg, is an owner of Hingham’s Alma Nove and Wahlburgers with his brothers, Paul and Mark Wahlberg.

The old State Theater operated at the Novara restaurant site decades ago. Its successor, the Milton Cinema, closed in the late 1980s. Java Joe’s was there from the 1990s until a five-alarm fire forced it to close in 2007. The space has been vacant since then.
Abby Park is a few doors away at 550 Adams St.
Posted by NKOTB News at 9:07 AM