Joey was interviewed in the latest CBS Watch! Magazine in which he talks about "Return of the Mac" and more. Click here to read the online version of the article.
Joey McIntyre On His New TV Show Return Of The Mac
New Kids on the Block’s Joey McIntyre is ready for his second act on Pop’s new comedy. 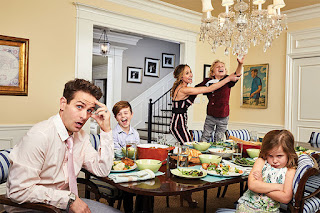