Donnie featured in audiobook of "The Town: A Novel" 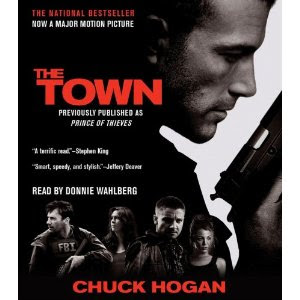 Donnie is featured in audiobook of "The Town: A Novel".

Here is the summary from Amazon.com

Four masked men—thieves, rivals, and friends from the tough streets of Charlestown—take on a Boston bank at gunpoint. Holding bank manager Claire Keesey hostage and cleaning out the vault were simple. But career criminal Doug MacRay didn’t plan on one thing: falling hard for Claire. When he tracks her down without his mask and gun, their mutual attraction is undeniable. With a tenacious FBI agent following his every move, he imagines a life away from his gritty, dangerous work—a life centered around Claire. But before that can happen, Doug and his crew learn that there may be a way to rob Boston’s venerable baseball stadium, Fenway Park. Risky yet utterly irresistible, it would be the perfect heist to end his criminal career and begin a new life. But, as it turns out, pursuing Claire may be the most dangerous act of all. Racing to an explosive climax, The Town is a brash tale of robbery in all its forms—and an unforgettable odyssey of crime, love, ambition, and dreams.
Posted by NKOTB News at 5:23 PM