Here is a photo and short article from the Boston Globe about Joey at the Sense-sation! gala. 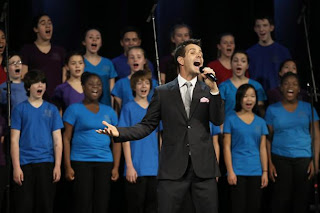 Joey McIntyre and members of Boston City Singers perform at the Boston Convention and Exhibition Center.

New Kid Joey McIntyre opened Wednesday’s fund-raiser for Mass. Eye and Ear with a rendition of Frank Sinatra’s “High Hopes,” backed by the Boston City Singers. (Later, he joined Sweet Honey in the Rock on “Stay the Same.”) Over 600 people attended the event, which raised more than $1.1 million for the hospital’s Curing Kids Fund.

Here is another photo from Mass. Eye and Ear on Twitter. 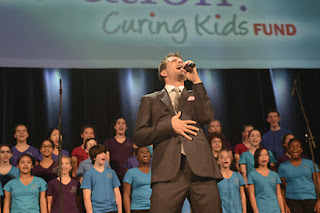 According to Billboard, Donnie is scheduled to attend the 2012 Billboard Touring Conference on November 7-8 in New York.

Don't have a copy of the NKOTB book yet? You can win a copy here.
Posted by NKOTB News at 7:45 PM