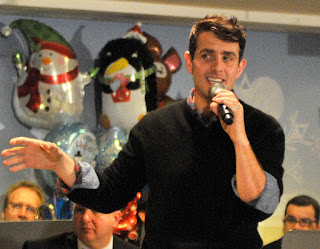 According to the Boston Herald, Joey McIntyre was recently seen singing to the kids at Children’s Hospital Boston with Keith Lockhart.

The judge dismissed the lawsuit by a stage hand against NKOTBSB. Read more about at The Toronto Sun.


Bell Media posted a press release about Joey McIntyre's episode of "Motive" which airs on CTV (Canada) after the Super Bowl on February 3rd.


In the premiere episode entitled “Creeping Tom” (Sunday, Feb. 3, immediately following SUPER BOWL XLVII on CTV), Detective Angie Flynn (Kristin Lehman) is introduced as a street-smart, intuitive homicide detective whose teenaged son, Manny (Cameron Bright), looks out for her as much as she takes care of him. MOTIVE’s first victim is a well-liked, karaoke-singing, high school science teacher (Joey McIntyre, DANCING WITH THE STARS) who is found murdered in his bedroom. A home invasion gone wrong seems too perfect for Detective Flynn and her partner, Detective Oscar Vega (Louis Ferreira). They follow a plausible lead to an adulterous wife and the motive of a crime of passion, but Angie’s second sense points her in the direction of one of the dead teacher’s students, a serial thief known only as “The Creeper”.

CBS has released the plot summaries for the next two episodes of Blue Bloods.

Friday, Jan. 4"Fathers and Sons" — When two motorists driving gas-guzzling cars die at the hands of a sniper, Danny and Kate are put on the case of what the city believes is the work of a radical environmental serial killer.  Meanwhile, a bicycle accident sends Danny’s son Sean to the hospital with a life-threatening injury, on BLUE BLOODS, Friday, Jan. 4 (10:00-11:00 PM, ET/PT) on the CBS Television Network.


And finally, this teaser image was sent out by NKOTB and Live Nation on Twitter yesterday! 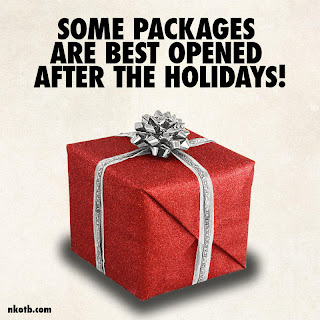