Jordan and Nick were interviewed by News 13 in Orlando. You can watch the video here, or read the edited text version of the interview below. 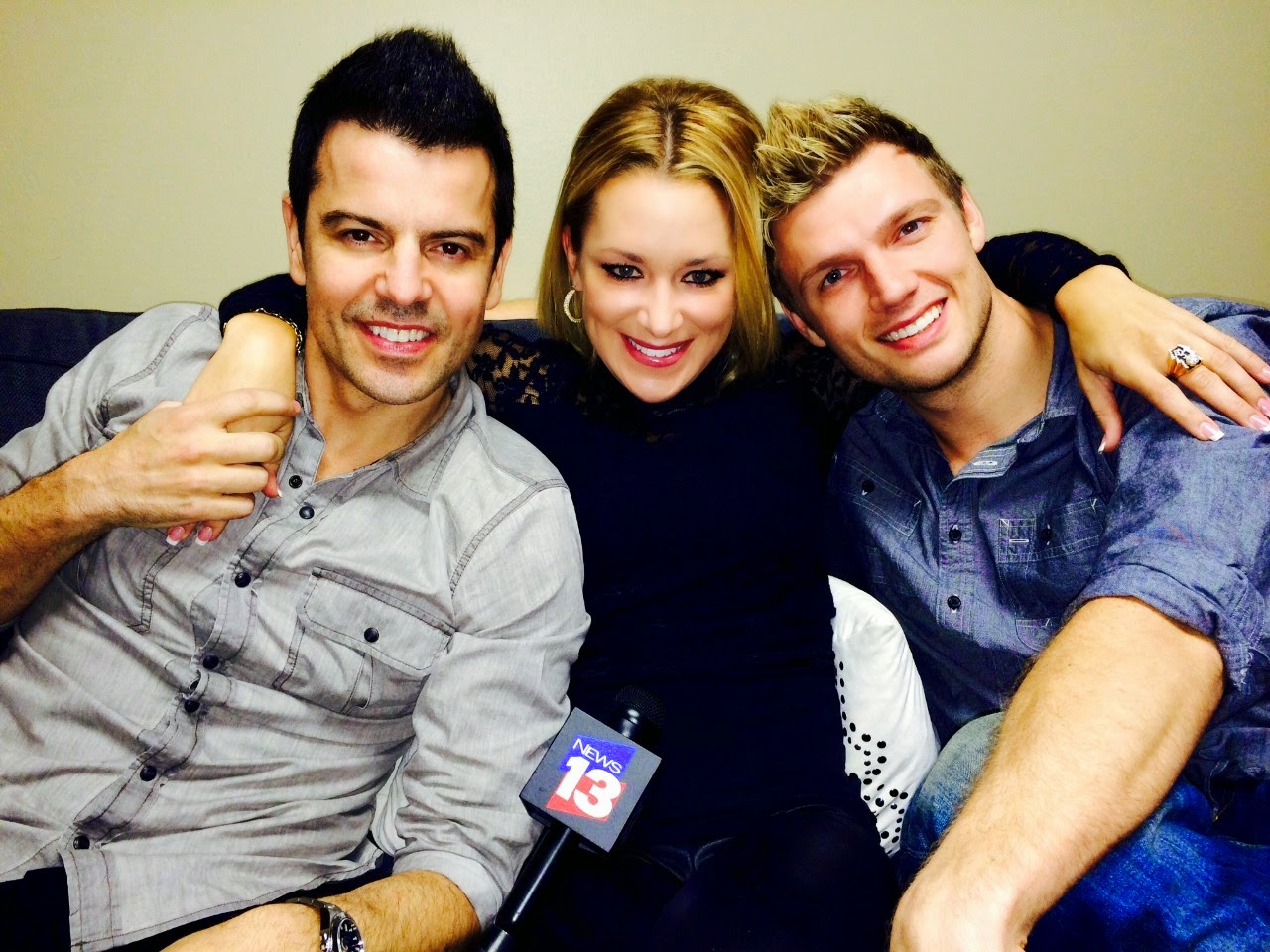 We met up with Nick and Jordan on Tuesday morning after their media blitz with local radio stations. We talked about sexy dancing, a '90s medley, "I Heart Nick Carter," and why not playing huge arenas is the coolest thing ever.

ALLISON WALKER: So guys, we know that the "Magic Mike" sequel isn't out until next summer. But it's OK, because all we need to do is to go to your show and we'll be satisfied. You've got a lil' "Pony" by Ginuwine going on.

NICK CARTER: I see you've been researching. You've heard about it, right?

AW: Yeah, I've clicked on it. Maybe more than once.

JORDAN KNIGHT: We have a little "Magic Mike" moment in the show. We do a little segment of the show that's an ode to the '90s, and we do a lot of '90s music in the show, obviously. And one of the songs is "Pony." And, in one show, we spontaneously got on the ground and kind of dry-humped the stage.

NC: We just keep doing it.

JK: He's great. I think a lot of fans — they don't know him as a rapper, and this show gets to showcase his rapping skills. And he's got skills.

NC: We just put it all out there and do whatever we want and people are really loving it.

AW: There's less dancing among boy bands these days. What's up with your dancing in "Nick & Knight?"

JK: There is a lot of choreography in the show, but there's just a lot of us just kinda freestyling on stage and doing our own thing and interacting with the crowd.

AW: What I love is that you're able to do the House of Blues-style shows now when you're used to 18,000 people in an arena screaming at you. Do you dig the intimacy of being right up in their grill?

NC: It's great. The last tours that we just did, which was just a couple of months ago, we were in arenas. We did this on purpose to be able to give our fans an opportunity to see us up close — to not be up in the nose bleeds. To be able to touch us, to be able to hear everything. It's just a great experience.

AW: In your new album, some tracks are Pharrell-ish and Maroon 5-ish. You kept your ideas and your songwriting pretty private, huh?

JK: We did. Intentionally. We wanted to keep it quiet and just kind of really surprise people. We were talking about how Beyonce kept her album quiet when she was making the whole thing and then she just announced it one night. There was this kind of explosion. We wanted to take our time, really, and just do really good music and not feel the pressure of, 'When's it coming out?! When's it coming out?!
Posted by NKOTB News at 8:08 PM