According to Jackie Seiden's website, Joey will be in an upcoming movie called "New Year's Eve". Here's the quote from her site:

Jackie is joining the Garry Marshall's all star cast of New Year's Eve, the follow up to the hit movie Valentine's Day! She will be playing Josh Duhamel's sister, Trish, and bride to Joey McIntyre (New Kids On the Block).

The movie takes place in New York, and Joey was in New York yesterday. (Below is a photo he sent via twitter from the "I'll be loving you forever" bridge.) 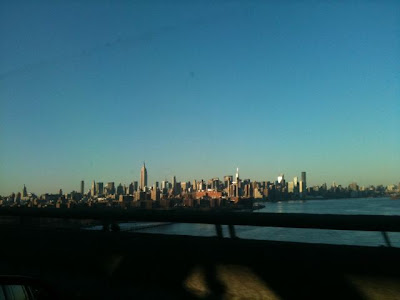