Here is an article from Boston.com about Joey in Boston yesterday:

Boston lit its official Christmas tree on the Common last night, and New Kid on the Block Joey McIntyre was there to seranade the crowd. The singer, who has a new Christmas album, arrived early to collect toys on behalf of the Home for Little Wanderers, and went to Woodward at the Ames later on to perform songs for group of lucky fans.

Here is a video from Joey's "extra special Boston show" from meldiva75 (she also has some more videos from the tree lighting at Boston Common as well):


Here is another video from extra special Boston show:

Jordan's 2012 calendar will be shipping soon. Here is a preview image: 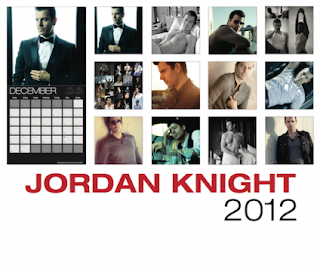 NKOTB News Blog is now on Instagram
For breaking news follow the "NKOTB News Blog" on social media: Twitter  |  Facebook  |  Instagram
NKOTB to appear on The Kelly Clarkson Show
Airdate TBD! Hopefully they will talk about the rumors about new music and Mixtape Tour 2022
Behind the Music with NKOTB
Paramount Plus will be airing a new "Behind the Music" special with NKOTB is now airing!
The Wood Works
Check out Danny Wood's new YouTube series The Wood Works. Episodes post every Tuesday!
Farmhouse Fixer
Jonathan's show "Farmhouse Fixer" is now airing on HGTV and Discovery Plus!