Donnie has been dropping more hints that a tour will be announced soon! 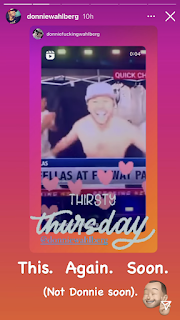 Then Donnie recently wished KayGee from Naughty by Nature a happy birthday and said “See you in the studio in 2021 and all over the map in 2022!” 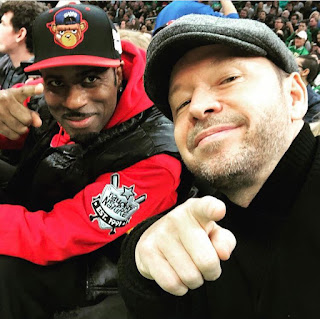 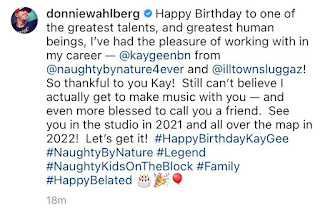 Rumor on Twitter is there will be an announcement about a new “Mixtape” tour in about 2 weeks! It says there will be new acts! But as Donnie has hinted above, Naughty by Nature will likely be on tour again with them in 2022. Who else do you think will be joining them?

And probably the biggest hint that big news will be announced is NKOTB will be making a major television appearance soon!  They will be taping Kelly Clarkson’s show on 9/29 in California! You can request tickets to go to the show here. Usually the show is taped in advance so it will air at a later date so I'll let you know what date it'll air.