Sneak Peak at Jonathan Knight's cameo in 'Houses with History' on Sept. 29 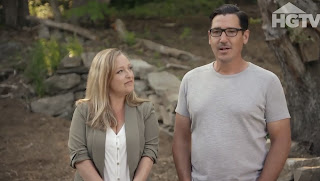 The boy bander turned HGTV star has a cameo in the premiere of Houses with History, which airs Wednesday, Sept. 29

The former teen heartthrob and star of HGTV's Farmhouse Fixer — the first season of which premiered in March and followed Knight, 52, as he overhauled an 18th-century home in New Hampshire — is set to make an appearance on a new HGTV series premiering this week, Houses with History.

PEOPLE got an exclusive first look at the new show, which stars history buff Mike Lemieux, carpenter Rich Soares and designer Jen Macdonald as they team up to help save historic properties in Massachusetts. In Wednesday's premiere, Knight, who lives in Massachusetts, makes a cameo to check out their first major renovation: a single-family, Cape Cod-style home constructed in 1735.

"That is an old house! So cool," Knight says in the clip, above, walking up to the finished property with his Farmhouse Fixer co-star, designer Kristina Crestin. "Old house lovers are a special breed," he says, with Crestin joking, "Oh, they're nuts!"

"I'd rather renovate an old house any day over building a new house," adds Knight, who has been renovating historic homes in and around his home state of Massachusetts since the New Kids first disbanded in 1994. (They have since reunited and put out new music). "There's an aura to old houses that is just so special."

The group of five then go in to see how Lemieux, Soares and Macdonald brought the property to life for a local family, who will now call it home.

Knight, who shot to fame in the late '80s with his New Kids on the Block bandmates — younger brother Jordan, Joey McIntyre, Donnie Wahlberg and Danny Wood — chatted with PEOPLE about his passion for restoring old homes earlier this year, ahead of the premiere of Farmhouse Fixer.

"I love seeing an old farmhouse brought back to life," he said, sharing that he got involved with home renovation after he left the band in 1994. "I came home to my 20-acre farm and woke up a couple days later, like, 'What am I going to do with the rest of my life?'" he recalls. "I was 25, 26 years old and I felt like my career was over."

He started a home-flipping business soon after, and worked on properties up until the band got back together in 2008. Now, along with making music and touring, Knight is still working on home projects.

Over the past 27 years, he has renovated more than 200 houses around New England, including a compound of 18th– and 19th-century farmhouses for his mom and the home he shares with his fiancé, personal trainer Harley Rodriguez, 48, whom he started dating in 2008.

HGTV confirmed to PEOPLE that more Farmhouse Fixer is on the horizon, but a premiere date has not yet been announced.

Houses with History premieres Wednesday, Sept. 29 at 9 pm ET/PT on HGTV, and begins streaming the same day on discovery+.