Here is a quick video clip of Jordan from SWRVtv. He is asked how chemistry between the New Kids On The Block changed over the years.

There is another video here, but I can't embed it or even get a direct link to it, so just do a search for "Jordan Knight". He talks about a fan asking him to sign her toenail.

The community section of jordanknight.com is now up and running! It includes a forum, chat room, blogs and more. 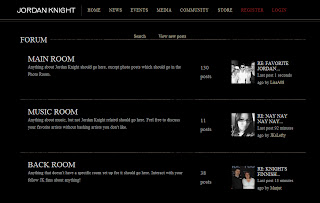 Kirstie Alley was a model at the Zang Toi fashion show in New York yesterday and Jonathan Knight was in the audience for support: 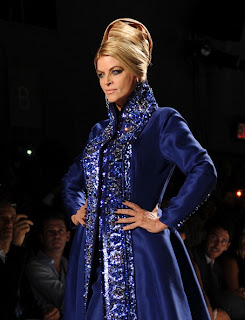 Jonathan and Kirstie were also in the audience for Richie Rich's POPLUXE fashion show at Lavo Nightclub yesterday. You can see photos here (most of the Jonathan photos are towards the bottom). 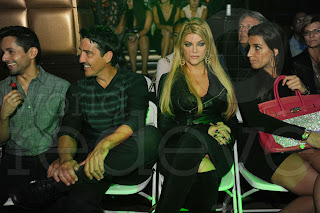 This site also has some photos of Jonathan and Kirstie out and about.  Apparently the author is not a New Kids fan since they refer to Jonathan as a "mystery man". 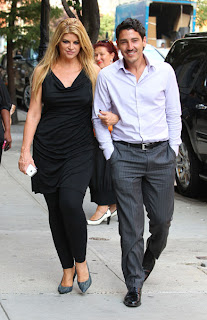 Nick Carter is auctioning off a pair of tennis shoes signed by all the members of the New Kids On The Block and Backstreet Boys. The money raised goes to globalgreen.com which "fosters a global value shift toward a sustainable and secure future by reconnecting humanity with the environment". Click here to view the auction. 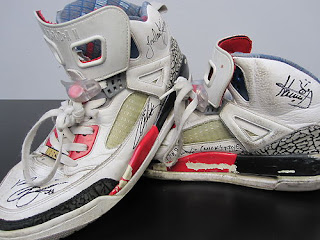