Here are some updates about NKOTB:


By the day it gets more and more exciting. This is a really big production, there's going to be amazing talent on the stage and I think it's going to be a real big hit, I really do.

On the contestants: We're sequestered! We have armed guards right now actually. And if I even look the wrong way I may get electrocuted... no, we haven't seen any of the talent yet. I've heard that they've really picked some of the brightest and best unknown artists in Canada. You know they went out and really picked the cream of the crop and got some great talent.


On each other (the judges): This is a reunion! From 10 years ago... my manager used to manage Deborah and I used to see her all the time. I worked with Ron at Interscope. He was helping me develop some songs at that label for a solo project so it's really funny that we have reunited like this.


On the eventual winner: My hope is that they take full advantage of the exposure that they're going to get on the show. From the feedback that they get from us and from the feedback that they get from fans. They have a really great chance to develop their own fanbase, whether they win or not and the show is encouraging them and actually making them get involved in the social media aspect of everything. They really all have a great chance of developing their own fanbase.


On Canadian music he wants to hear: Alanis Morrisette's Jagged Little Pill album comes to mind. I would like to see someone do something with that. Again, I don't know the material they're doing, I don't even know the artists. When this show goes live that's when I know what the heck's going on. I'm just looking forward to seeing the actual artists do their thing.


On why YOU should watch: I think it's a nice twist on a kind of well known concept of musical groups competing in a reality show because they're singing songs that everybody knows and they're making it their own. Another great thing is that it's not going to be all groups from the same genre. There's country, there's hip hop, there's rock. They're all from a different genre so it's not going to be mundane and boring. It's going to be very exciting. 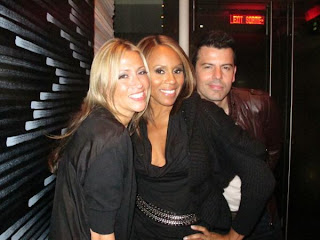