Tickets now on sale for Joey McIntyre in "The Wanderer"

I have not posted about this for awhile and I don't want you to miss it! Sorry I missed announcing when tickets originally went on back on sale from this postponed run, but if you haven't heard, Joey McIntyre will be starring in "The Wanderer" at the Paper Mill Playhouse in NJ from March 24 to April 24!

They are advertising a Q&A with the cast members after the matinee on Saturday, April 23 directly following the performance. (I don't know for sure if Joey will be a part of this.) 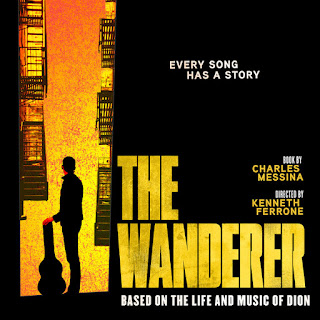 Here's a summary of the play from their site:

He’s coming back around after a postponement in the spring of 2020. Dion. One name set the standard of cool for a generation. An Italian-American kid from the Bronx, Dion DiMucci skyrocketed to fame as a teenage heartthrob in the 1950s and early ’60s with hits like “Runaround Sue,” “Teenager in Love,” and “I Wonder Why.” Now, his extraordinary journey comes to the stage in a moving and intimate new musical about a life lived in the glow of the spotlight and in the shadow of addiction. Starring Michael Wartella (Chasing Rainbows) as Dion, Christy Altomare (Anastasia), and Joey McIntyre (Wicked, Waitress, New Kids on the Block). Choreographed by Sarah O’Gleby and directed by Emmy nominated producer and director Kenneth Ferrone.