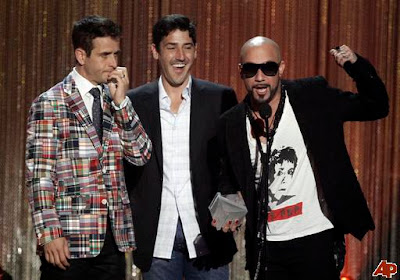 The show's irreverent and cutting-edge spirit immediately broke through with an opening performance paying tribute to New Kids on the Block and Backstreet Boys (nominees and winners of this year's "Best New Indulgence" category) performed by the drag queens of "RuPaul's Drag Race" as the "Backstreet Girls" and "New Queens on the Block." 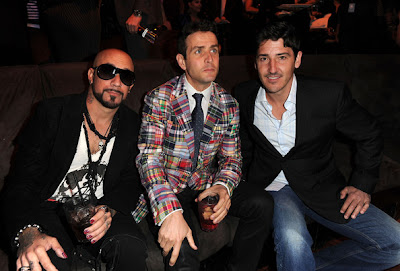 Photos from Newshopper and Zimbio.
Posted by NKOTB News at 3:09 PM

Behind the Music with NKOTB
Paramount Plus will be airing a new "Behind the Music" special with NKOTB on September 2!
Joey McIntyre in Las Vegas
Joey and Debbie Gibson will be performing a limited number of shows at The Venetian Resort in Las Vegas August 26-29 and September 16-19.
The Wood Works
Check out Danny Wood's new YouTube series The Wood Works. Episodes post every Tuesday!
Farmhouse Fixer
Jonathan's show "Farmhouse Fixer" is now airing on HGTV and Discovery Plus!