NKOTB in rehearsals and in the studio

The guys are busy in rehearsals and the studio preparing for the tour and the NKOTBSB album. Here are some updates from this weekend from Twitter:

From Donnie:
Just finished recording a song he [RedOne] wrote for the new NKOTBSB CD!!! GET READY!!!!!! You will absolutely LOVE this song!

From Danny:
At rehearsal. Jon's hair is distracting me like Joe's vocal warm-ups. 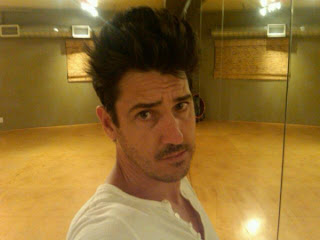 And Jordan's solo album and music video are getting close to being completed (but the release date is now May 31).

From Michael Africk (@michaelafrick):
What's up everyone? Getting ready to head to the studio with @jordanknight @mikecaputomusuc @lubalz
hey ya'll.... now at studio #2 of the day. About to mix down the new Jordan track. This shit is FIRE!!!
good Sunday to everyone!!!! @Mikecaputomusic @lubalz Chillin at the studio editing @jordanknight

From Marcus DL Siskind (@massappealdl):
Off to work on the @jordanknight final edit for his new video "Let's Go Higher"!
Posted by NKOTB News at 9:47 PM

It is super exciting to hear the rehearsals are started!! can't wait until Memphis 6/20 NKOTBSB is making history again baby!!!!