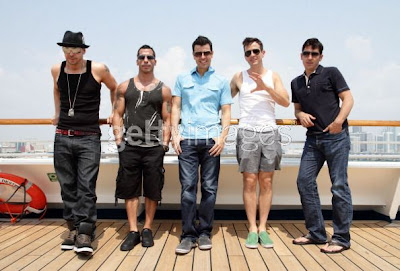 I've heard the cruise has gone well so far - Last night they did a game show based on Double Dare, and it was a 80's night. Today they had a show on Half Moon Cay as well as some games like last year.

Getty images posted a bunch of photos from the Cruise here.


Here is a video from Jordan as the guys arrived at the Sail Away party:

Thank you for informations !!

any pictures or word about what the cruise merchandise is?? Hope they have shot glasses again this year cuz a friend is gonna pick me up one.