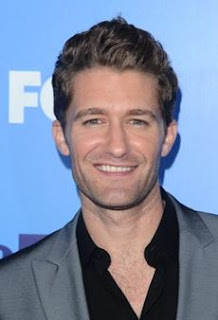 Matthew Morrison has been added as an opening act for the NKOTBSB tour.

Here's an article from USA Today:

Matthew Morrison to join the Kids and the Boys on tour


Maybe they'll need to change the name to NKOTBSBMM.


With school nearly out for summer and all, Matthew Morrison is dropping his teacher shtick and hanging with the Kids and the Boys. Mr. Schue is joining the boy band extravaganza of the summer -- the New Kids on the Block/Backstreet Boys tour, a k a the NKOTBSB tour -- as a special guest starting July 6 in Anaheim, Calif., according to BroadwayWorld.com.


"This was an opportunity I couldn't pass up," said the Glee star, whose self-titled debut album dropped last week. "I am so appreciative of my fans and I'm planning to give them a great show."
Posted by NKOTB News at 10:13 PM