NKOTB News for May 18 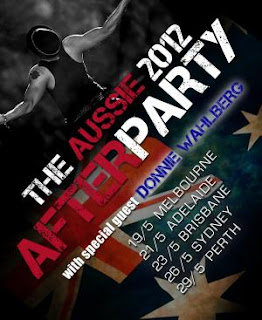 Donnie will be hosting an after party following tomorrow night's show in Melbourne. (And according to the above image, it looks like there will be more announced for Adelaide, Brisbane, Sydney and Perth!)

Come and show D-Dub how this town parties!!

* over 18 event
* photo ID required and scanned on entry
** This venue will be open to the public at 1.30am so be sure to get there early!

Jordan shared this video of him having some fun with the Aussie fans:


Here it is from a fan's perspective (thanks to sweetieknight):