Jonathan Knight talks to People Magazine about The Amazing Race

Jonathan and Harley talked to People about being contestants on "The Amazing Race" together. Here is the article: 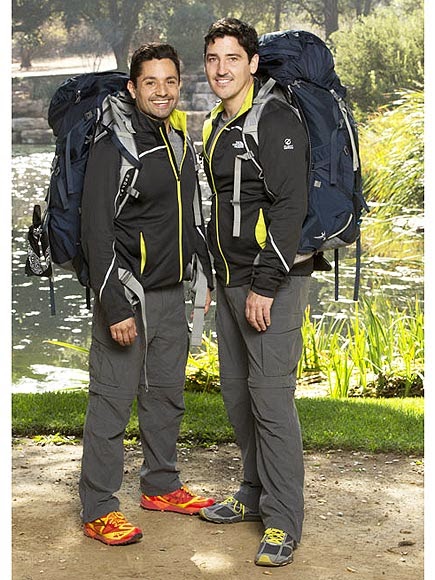 Jonathan Knight has traveled the world as a member of New Kids on the Block, but he's not sure anything could prepare him for competing on The Amazing Race with his boyfriend, Harley Rodriguez.

"This is probably going to be the most time that we've been together continually," Knight tells PEOPLE about spending more than three weeks traveling with Rodriguez on the 26th installment of the CBS reality competition show. "I don't know if I am looking forward to that much time together with him. It's going to be interesting."

In fact, since meeting through a mutual friend in 2008 (when Knight was in Los Angeles working on the NKOTB reunion album and tour), the couple have come to relish their time apart.

"He travels a lot, so I say it's more like we've been together for three years rather than six," says Rodriguez. "I think that space has been good for us. I think every couple need space or you can get on each other's nerves. Then we come back together and it is awesome."


This doesn't mean Knight, 46, thinks he and Rodriguez, 41, will do poorly on The Race.

"I'm the nervous one, and he's the calm one," Knight says. "It certainly helps to have a calm one. I'm always, like, 'We gotta go! We gotta go!' but he's always calm and has the patience to make sure we're not just running down the street and find out two miles down the road that we are going the wrong way."

Plus, they've even been practicing: "We've been doing little fake things [at home] in New York," says Knight. "He'll go to one side of the street, I'll go to the corner and we'll see who can get a taxi faster."

Rodriguez is also confident that he and Knight have what it takes to finish first.

"We have a good understanding of each other. We try to avoid conflict," he says. "If there is a situation, we're not going to yell at each other. We're going to help each other through it."

Here's a list of the competition Knight and Rodriguez will face on the Race, including five pairs of singles matched up by the show for the ultimate blind date:

Dating Team 2
Jeff Magee, 57, an airline pilot from McCall, Idaho.
&
Lyda Grawn, 49, a flight attendant from Scottsdale, Arizona.
Length of relationship: Known each other for 20 years, dating for 4 years.