NKOTB to tour with TLC and Nelly this year?

NKOTB has been posting some hints on Twitter leading up to an announcement coming on January 20.  Rumor is that NKOTB will be touring with TLC and Nelly this spring! In an article posted on Mix94.9 it says Ticketmaster had posted some tour dates (that have since been removed) including a show in Dallas on May 1. 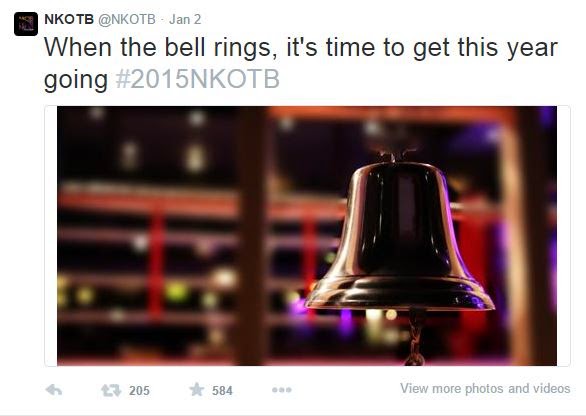 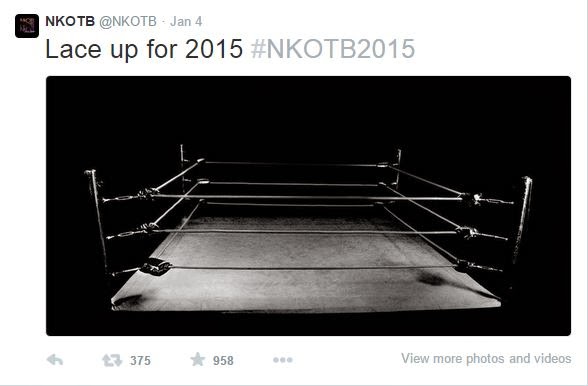 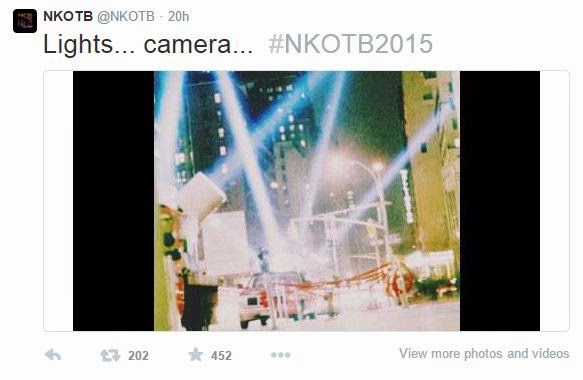 1/16/15 I think the clues mean they are going to tour with Bell Biv Devoe and LL Cool J. I could be wrong but I hope I'm right. :) The boxing ring made me think of LL Cool J's Mama Said Knock You Out video from years ago. We'll see on the 20th.

Fenway Park concert rescheduled for August 6, 2021
NKOTB is scheduled to perform on August 6, 2021 at Fenway Park in Boston.
NKOTB adds another 2021 show
NKOTB to play at Merriweather Post Pavilion on August 4th
Behind the Music with NKOTB
Paramount Plus will be airing a new "Behind the Music" special with NKOTB on August 26!
Joey McIntyre in Las Vegas
Joey and Debbie Gibson will be performing a limited number of shows at The Venetian Resort in Las Vegas August 26-28 and September 16-19.
The Wood Works
Check out Danny Wood's new YouTube series The Wood Works. Episodes post every Tuesday!
Farmhouse Fixer
Jonathan's show "Farmhouse Fixer" is now airing on HGTV and Discovery Plus!