In May of 2020 Boston Magazine interviewed Jordan about his life during the early stages of the pandemic:

My Life in the Age of COVID: New Kids on the Block’s Jordan Knight

He's getting through the same way you are: with board games, Netflix, and a bit of ice cream. 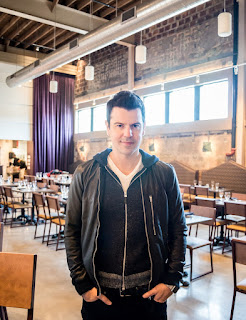 As the COVID-19 pandemic upends every aspect of Boston life, we’re checking in with some local residents to learn how they’re processing our new normal. They’ll share serious thoughts on their concerns for the city—and yes, some silly recommendations on what to binge-watch, too. For the rest of the series, click here.

If you’re still working on processing the reality of life amid a global pandemic, you’re not alone: New Kids on the Block band member Jordan Knight is right there with you. “These are just bizarre times that we’re living in right now,” says the Dorchester native, who now lives in Milton. “I went to Target the other day, and everyone was walking around with gloves and a mask on, myself included, and I was like, ‘I feel like we’re in a movie.’ It’s crazy.”

The new normal has been an adjustment for Knight. The cruise to the Bahamas that the band had planned for NKOTB fans this April was canceled, and instead became a three-day virtual event hosted primarily on Instagram live and YouTube. And Novara, the Italian restaurant he has co-owned in East Milton since 2016, has (like many eateries) become a takeout- and delivery-only venue. Still, when we caught up with the singer, he was all about appreciating the little things, from playing nightly board games with his wife and sons to his daily search for the nearest Starbucks in operation. Plus, despite being separated during this period of social distancing, Knight and his band members have continued to make music, even releasing a new quarantine-themed song called “House Party” (with proceeds going to No Kid Hungry) and an accompanying video featuring celeb cameos.

How have you been coping with everything that’s going on?

It’s been tough. I’ve just been trying to get some exercise, and we’ve done a couple of Zoom calls with my family and extended family. So that’s been good. FaceTiming people and catching up in that way is really how I’ve been coping. There are also people in the neighborhood that have a social-distancing yard party, where you just grab a chair and go on somebody’s front lawn and talk, but everybody stays distant from each other.

Walk me through your average daily routine right now, starting with the first thing you do when you wake up.

After I wake up, I watch the stock market for two hours in the morning and then I exercise. After, I take a long drive to whichever Starbucks is open. There aren’t many that are [operating], so I sometimes drive for half an hour, which is fine by me because there’s nothing else to do. On the way, I usually jump on the phone and talk to friends or whoever it may be. I come home, and hang out a little bit, have dinner [with my wife and kids]. Then we’ll watch some TV and maybe I’ll get on the phone again and talk to somebody, and then we go to sleep.

What do you miss most about your former, pre-social distancing routine?

Honestly, I [miss going] down to [Novara], the restaurant that I’m an investor in, and hanging out and meeting up with people. Sometimes we’ll go bowling afterwards. I think just being around people is what I miss the most.

Obviously the restaurant industry has been hit hard by this crisis. How is Novara faring?

Yeah, it’s tough because there are a lot of restaurants out there that have bank loans and rent to pay. And if there’s no money coming in, you can’t pay your debts or the landlord, so you may just go out of business. People are struggling. Luckily, a lot of restaurants have gotten loans from the federal government to help them keep afloat, but it’s really tough.

A lot of restaurants are getting creative, too, though, and that’s what we’re trying to do at Novara. We’re doing a lot of takeout through Uber Eats and DoorDash and putting together specials, like a Mother’s Day package for four. You can even order ahead of time and go and park in the lot, and someone will bring it out to you. We’re also putting funds together for employees because a lot of them are struggling and not getting a paycheck.

What’s been your binge-watch/read/listen go-to to take your mind off things?

My wife and I have been watching Grace and Frankie on Netflix. I don’t usually watch those types of shows, but it’s so funny. This whole situation kind of makes you find new and different things [to watch].

What have you been keeping on hand for comfort food?

It sounds really funny, but cookies and milk—that’s my comfort food. I have chocolate chip cookies and milk every night before I go to bed. And I’ve been having more ice cream these days for sure.

Have you made any interesting changes to your personal or work routine that you want to keep doing even when things return to normal?

I’m reading more, so that’s a good thing. We’ve also been doing more video hangouts with our fans, which has been fun. We had to cancel our [NKOTB] cruise, so we did a “virtual cruise” where we just hung out with our fans on video conference. It’s just a way to check in with them and have fun hanging out with the guys.

I’ve also been doing more puzzles and board games with the family, and it’s kind of cool. This situation is forcing us to do more things together, and when we do, we realize, “Hey, this is fun. We should do this more often.” I think that’s happening with a lot of people and their families; they’re either connecting a lot more or they’re driving each other crazy, or both.

What advice would you give to others right now?

Breathe. It’s going be over soon, just have faith. And try to distract yourself and connect as much as you can with other people using technology.

What made you guys decide to release your new song, “House Party,” amid the crisis? And how did you get stars like Carrie Underwood and Jordin Sparks on board for the video?

We’ve seen a lot of celebrities out there who are trying to do their part in lifting people’s spirits in this crazy situation. We’re not on the front lines like a lot of nurses and doctors, but we thought we should probably try to do our part. And we like to entertain, so we decided to put a song together and a video for it. After we [wrote] the song, we reached out to people that we’ve worked with in the past [about being in the video] and they were all ready to go for it. We just said, “[Film] something in your house. It doesn’t have to be anything fancy; just hang out with your kids or whatever.” Everyone was cool about it and the fans loved it. It was just our little part that we could do to take people’s minds off this situation and put a positive spin on it.

NKOTB’s only 2020 concert appearance is scheduled for September 19 at Fenway Park. With large-scale events currently canceled in the city through Labor Day, how optimistic are you feeling that the band will be permitted to move forward with the show?

We don’t know what’s going to happen. So far, we’re still on, but we really have no idea how it’s all going to pan out. There could still be guidelines that don’t allow us to perform or people to congregate. Who knows? I mean, maybe it all blows over by then. We don’t want to [have to cancel]. We’d probably feel sad if we had to, but we’d try to reschedule it and make it up to the fans. We’re not going to not do it, I’ll tell you that. We’ll do it at some point whatever way we can.