Wahlburgers has opened a new location in Sydney, Australia and Donnie recorded a short video message about it!

This might just be a part of Jonathan's Farmhouse Fixer show, but Jonathan recently posted a few photos from his kitchen with camera crews present!

Last night Jonathan posted these photos. The first one is of him, Harley, Kristina Crestin (the designer from Farmhouse Fixer), and Jonathan's business partner Scott Harmon. It was captioned "Had some special guests in the farm kitchen this week. We cooked up a time honored family recipe." 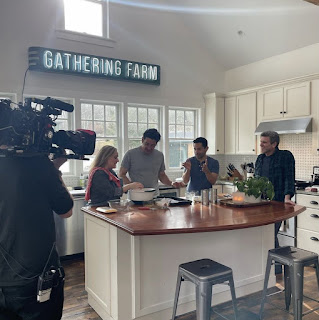 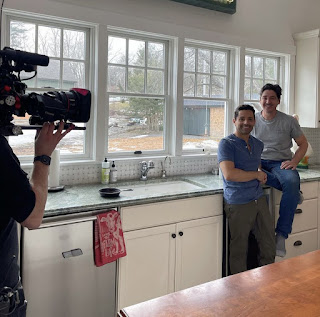 This one from February 1st was captioned "On this week's episode of “Gathering Farm To Table”…. JK" 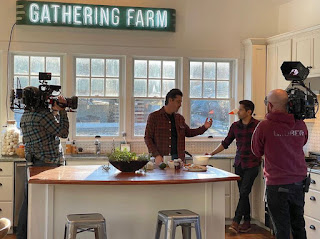 If you like collector's editions, Record Store Day will be releasing a special limited edition vinyl of Debbie Gibson's "Lost in Your Eyes, The Duet with Joey McIntyre" on  April 23rd! 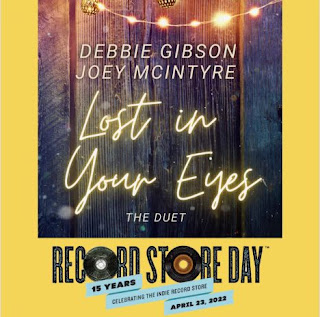 In other Joey Mac news, it appears he is still in NY (from his latest IG story)... 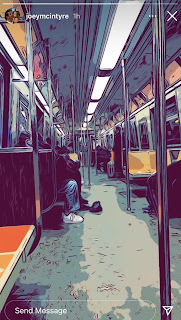 and he recently started playing "Wordle"...

I can't guarantee that they are going to use these same themes, but here's what the themes for the canceled 2020 NKOTB cruise were (image from arcsart22 on Twitter). 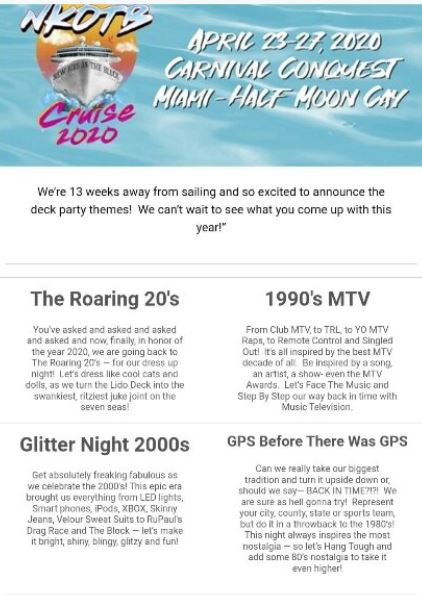 Oh and one more thing... Check out Donnie's response to one of my Instagram stories... (the screenshot I shared was from his Instagram stories back on September 5th). The parts that Donnie added were his shrugging emoji and "#BBTT" at the bottom. 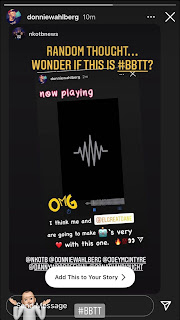