Donnie Wahlberg's interview with 96.7 The Ticket 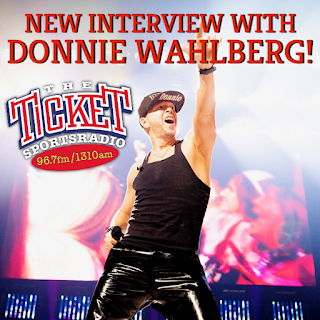 Donnie was interviewed by The Musers Mornings show on Dallas radio station KTCK "96.7 The Ticket" yesterday! He talked about the postponement of the Dallas show and how close it came to them having to postpone the show until July had the NHL team Dallas Stars advanced in the playoffs as well! He also talks about the grueling tour schedule but how much gratitude he has for all the fans coming to see them after all these years. They also ask if Donnie still cheers for Tom Brady even though he's no longer with the Patriots. They ask him who his favorite Beatle is and they talk about Paul McCartney's longevity. They also talk about Donnie's role in The Sixth Sense, Blue Bloods, and more!