The Boston Globe interviewed Donnie recently for the article they published yesterday:

New Kids on the Block returned to their hometown for a show at Fenway Park in 2021. This weekend they play a pair of concerts at TD Garden with Salt-N-Pepa, Rick Astley, and En Vogue.

Pop titans New Kids on the Block return to their hometown of Boston this weekend for a pair of shows on this year’s installment of the Mixtape Tour. The harmonizing fivesome, who launched out of Dorchester in the mid-’80s and who have been touring and recording consistently since regrouping in 2008, will be joined by hip-hop icons Salt-N-Pepa, British crooner Rick Astley, and R&B groundbreakers En Vogue at the show, which is named after the pop patchworks that were traded by music lovers during their early years.

“I made a lot of mixtapes,” laughs New Kids on the Block’s Donnie Wahlberg from his tour bus in Atlanta. But he notes that the tour’s underlying idea is more about maximizing enjoyment for the audience and the performers. “In theory, it’s a mixtape,” he says of the shows. “In actual execution, I think of it more as an energy. My goal for this tour, and what I talked to all the other artists and the New Kids about was fun — ‘fun’ was the word of the tour. So many people haven’t been to a concert in a few years and haven’t been going out and doing things. The mission was definitely fun.”

Wahlberg put together the setlist for the Mixtape Tour, which — like the New Kids’ 2021 concert at Fenway Park with Bell Biv DeVoe and their early-’10s package tour with Backstreet Boys — abandons the traditional openers/headliner structure for a more free-flowing show in which artists pop in and out.

“I don’t think there’s a slow song until about an hour and 15 minutes into the set,” he says. “It has a pace and a tempo that’s about having fun and keeping everyone’s spirits up.”

The collected catalogs of the tour’s four acts include some of the most memorable songs of the late ‘80s and early ‘90s — Astley’s sparkling soul workout “Never Gonna Give You Up,” Salt-N-Pepa’s pumping “Push It,” En Vogue’s blistering funk-rock cut “Free Your Mind,” and, of course, New Kids’ hits like the slick “You Got It (The Right Stuff)” and the sing-along-ready “Hangin’ Tough.”

Wahlberg notes that even though he was the architect of the setlist, his bandmates and the other artists on the tour were key to making all these songs fit together in a way that would, ideally, make an entire arena go home happy. “The most awesome part of all of it for me is the trust that my bandmates and the other artists have in me to put the show together,” he says. “To pull off something like this, it really takes a lot of trust. And sometimes I have to pinch myself. Like, is Salt-N-Pepa really just saying ‘We got it, Donnie; we trust you; we’re good; whatever your ideas, we love it’? It’s surreal.”

In March, New Kids on the Block — with the assist of the Mixtape Tour’s three other acts — released “Bring Back the Time,” an upbeat synthpop song that pays homage to the sunny days of childhood, and the neon-hued trends of their first chart-ruling era. Wahlberg co-wrote the song while traveling from Boston to New York to work on “Blue Bloods,” the CBS police drama he’s starred in since 2010.

“I listened to the track, and I said, ‘OK, yeah, we’ll work on it later,’ ” he recalls. “And I hung up the phone, and I was lying there for a few minutes, and I just couldn’t stop thinking about the track — I was already having ideas. I called [songwriting partner Lars Jensen] back and said, ‘OK, we gotta do this right now.’ The entire drive to New York we were on the phone going back and forth and exchanging ideas. By the time I got to New York, the song was done.”

Wahlberg soon realized that his soon-to-be-tourmates would be a perfect addition to not just the song but its video, which is made up of homages to classic clips of the MTV era, like Talking Heads’ “Once In a Lifetime” and Duran Duran’s “Rio.” In the former re-enactment, Astley nails Talking Heads leader David Byrne’s suit-clad distress, while in the latter the five members of New Kids on the Block playfully channel Duran Duran’s maritime cool.

“When we’re on the little boat and supposed to be Duran Duran — that’s probably my favorite, because we were having so much fun,” Wahlberg recalls. “Those are the moments you dream of as a band. When you first start out, as kids, you’re like, ‘We’re all for one and one for all! We’re all having a good time!’ and just in the moment and having fun. And then [stuff] happens. Life happens. Business happens. Reality happens. And you stop being in that space of free-spiritedness and fun. But in that moment, we were so free.”

Wahlberg says that feeling of release provided a great way for the Mixtape Tour’s four acts to immerse themselves in the mindset of this summer’s shows. “We’ve stayed in that zone,” he asserts. “We remembered how much fun we have together. This tour is an extension of that moment.”

Look who made a surprise appearance at last night's concert in Newark, NJ: D-Nice! 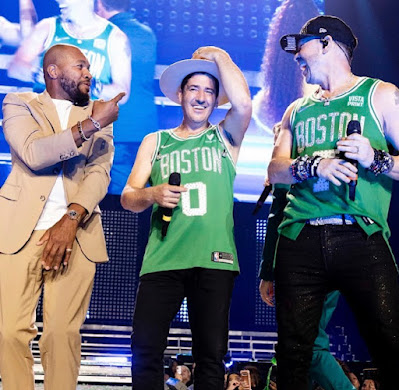 Photo from Jonathan Knight on Instagram.
"Looking nice in @dnice hat tonight! So good to see you tonight @prucenter" 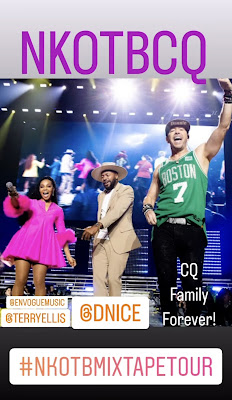 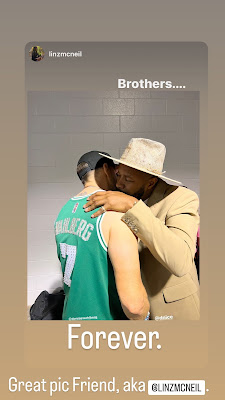 Danny shared some video highlights from their show in New Jersey:

Here are a few other highlights from Donnie: 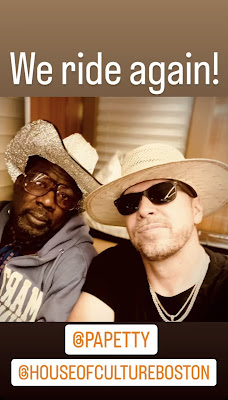 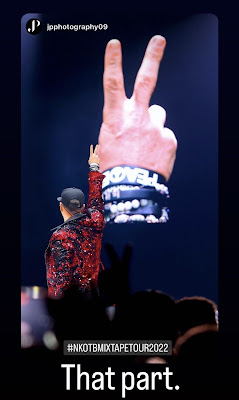 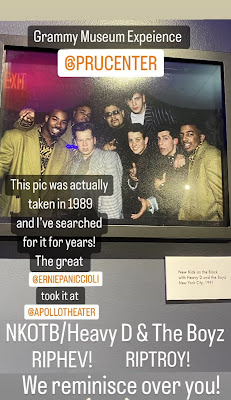 Catch up on Joey's latest Namaste videos from Lincoln Center and Central Park!

Joey shared a new photo of him on the tour bus yesterday: 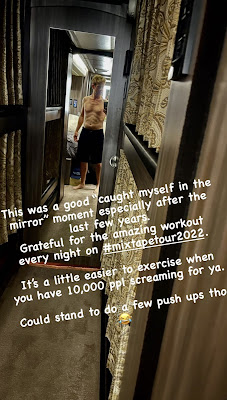 Joey shared a touching letter from a fan and dedicated Please Don't Go Girl in a fan's honor: 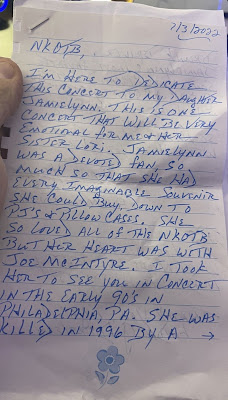 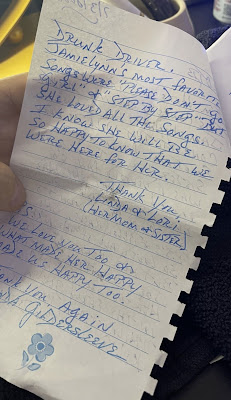 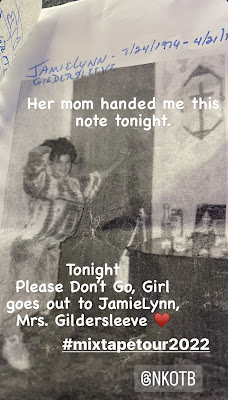 The guys have 2 shows in their hometown of Boston tonight and tomorrow! 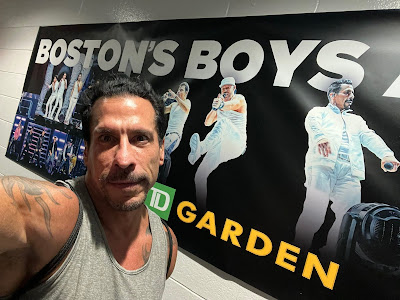 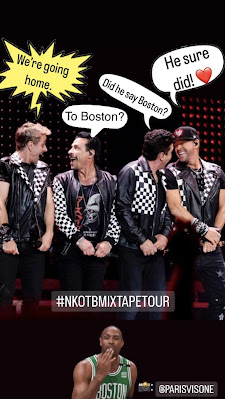 Cindy from En Vogue shared this behind the scenes peak with the sound guys that work on the Mixtape Tour: