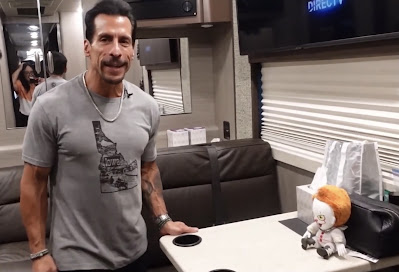 In case you missed it, Danny posted a new video yesterday: a tour of his tour bus!

Joey and Griffin were interviewed at Belmont Park yesterday before their show at UBS Arena yesterday:

Joey shared some behind the scenes footage of their crew setting up the stage for the show in New York last night:

Jonathan shared these adorable photos with his godson Luca: 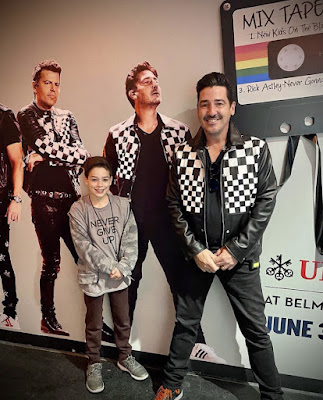 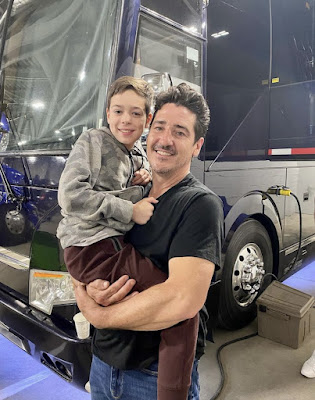 After seeing Jonathan reply to a comment I made on his Instagram post a few days ago, I looked to see what else he had to say recently. Here's a few select Q&A's with Jonathan I thought others would be curious about as well: 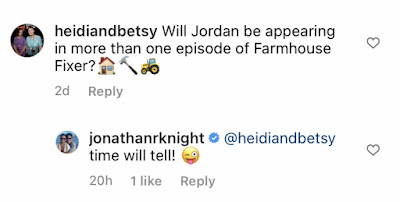 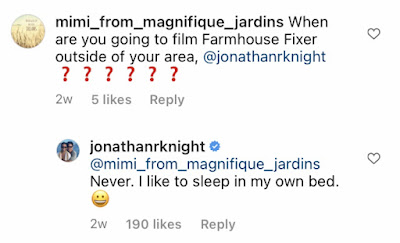 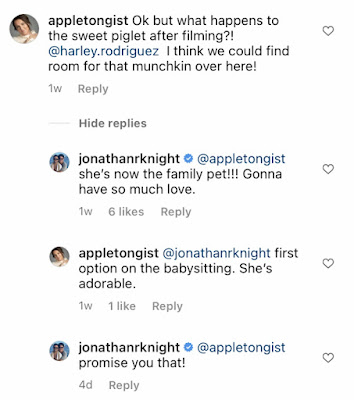 Here are some other photos and video clips from the past few days:

Joey shared this video clip (originally posted by Marcello Ambriz) of Griffin practicing the choreography for "My Favorite Girl":

Donnie shared this clip of a Jeopardy contestant getting "The Funky Bunch" and "Public Enemy" mixed up, and coincidently NKOTB was playing in Public Enemy's hometown last night:

Ivy Victoria, who takes care of the NKOTB's wardrobe on the Mixtape Tour, posted some photos of Jonathan. 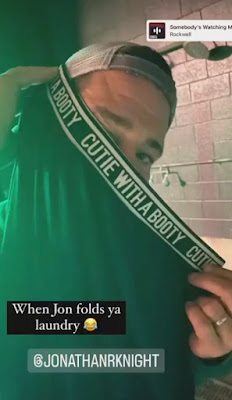 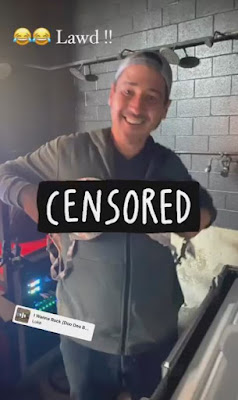 Rhona from En Vogue shared some more backstage footage before their shows in Philadelphia and Belmont Park:

Why is there nothing about Jordan

Jordangirl4life - I know I'm kind of sad about that too. I do try to include something about each of the guys when I do these "NKOTB News for..." posts, but with him being off social media there just isn't much to share about him! I include anything newsworthy about Jordan if I come across it!