Here are some preview clips for Tonight's new episode of Blue Bloods!


Here is the episode summary:

Frank launches an investigation after the Reagan family is harassed when protests against a controversial NYPD unit escalate. Also, Danny and Baez form an unlikely partnership with an informant in order to prevent a murder; Eddie lands in hot water after she defies a direct order; and conflict arises between Erin and the Dream Team when the D.A.'s office strikes a deal with Baker's assailant.

Since they didn't include any of Donnie's scenes in the preview clips this week, here's a photo of Donnie from the show (From Spoiler TV) 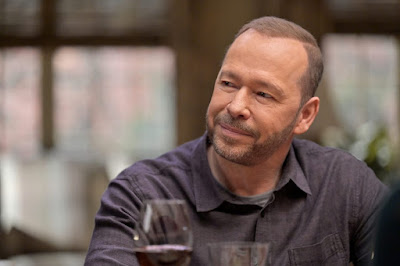