Donnie dropped even more hints about new NKOTB music coming this weekend! He posted on Instagram last week that a new album would be coming out "New Kids soon", and yesterday he went on Twitter and mentioned the new music again! 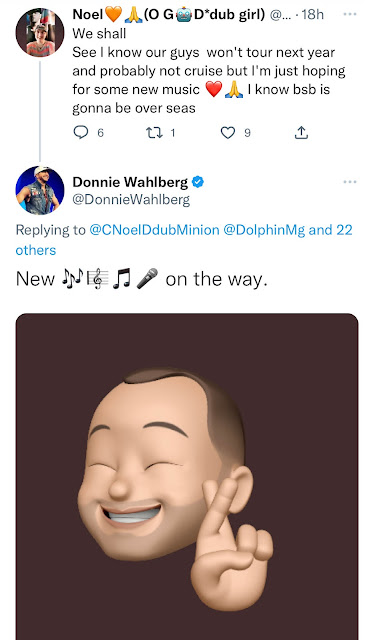 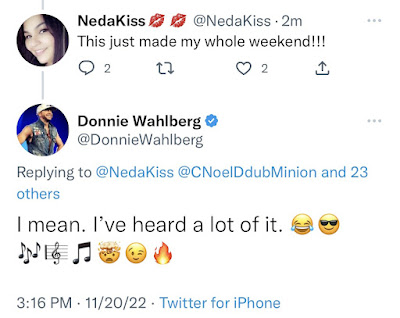 He also responded to a question about the New Kids on the Block going to Europe. Sounds like European fans shouldn't give up hope! 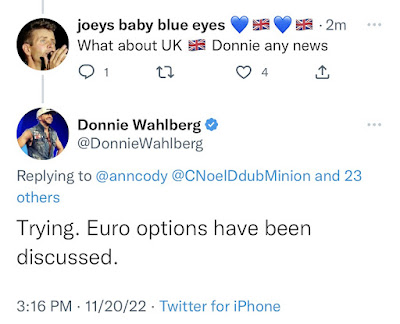 Donnie made an appearance at his local Wahlburgers in St. Charles, IL over the weekend and brought his dog "Lady" with.  Here's the photo he shared on his Instagram: 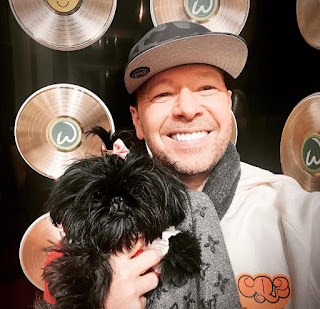 Me and this little Lady (that’s also her name) hung out at the Blockhead Clubhouse tonight — aka @wahlburgersstc — and everybody was obviously more excited to see her than me. 😂🐶🐾❤️ So fun! So good to be back home and hangin’ out in “the club the BH’s built”. 🙏🏼❤️🤖❤️♾💫🍔🏡
Jonathan will be featured in an upcoming episode of "Renovation Face Off" and he shared a video clip about the show on his Instagram:

He also shared this photo of his reflection in Kristina Crestin's sunglasses: 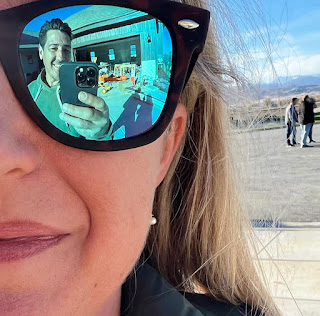 In you, I see a lot of me… @kristinacrestindesign! Thank you for being by my side. Let’s change the world one house at a time. 😀
I haven't seen anything significant from either Joey or Danny to report today. And as usual, I have nothing new for Jordan either. But, I came across this video of him covering a song by Mario on a UK TV show. It's old (pre-reunion), but in case you missed it, here is his performance of "Let Me Love You":