Cast members from the TV show "Full House" reunited for an evening and they had some fun dancing and singing to New Kids on the Block songs. Andrea Barber tweeted "I just danced to three NKOTB songs in a row with @candacecbure and @JohnStamos. Life is complete!" and John Stamos posted a video of the girls singing to "Step by Step".

There are only 3 more days left to get Jonathan into first place in the Bille's Celeb Charity Challenge. If Jonathan wins then he will receive10,000 Euros to give to Amnesty International. If he wins, one random voter will also get a chance to meet Jonathan when he is presented the check for his charity.

Jonathan was backstage at Midnight Red's show in Gramercy/NYC recently.  Here is a photo from their Facebook page. 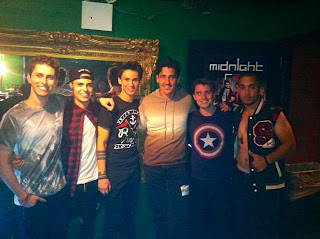 According to a tweet from Jonathan ("JFK--->LAX + DWTS + KA = :)") it appears he went to LA to support Kirstie Alley on Dancing with the Stars All-Stars. Maybe we will be able to see Jonathan in the audience when it premieres tomorrow night at 8/7c on ABC.

Here is a still image of Donnie on the Rachael Ray Show (which airs this Friday). 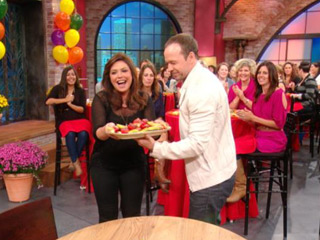 VIP tickets for Jordan's shows in Canada are now on sale.

Here are some recent photos that Danny and Joey shared on Twitter: 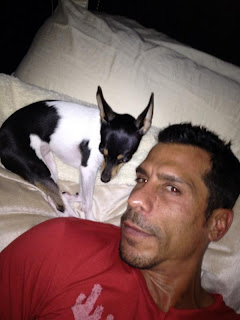 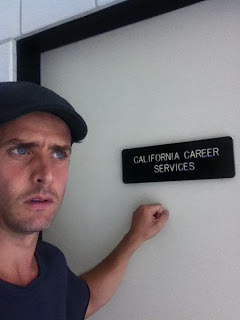