Joey McIntyre is interviewed in this clip from A Night At Sardi's. His part starts at 4:50.


Here are some video clip from the Jordan's after party in Boston the other day.

Some photos of Jordan from the KTU Singles Mingle 2012 are now posted on KTU. 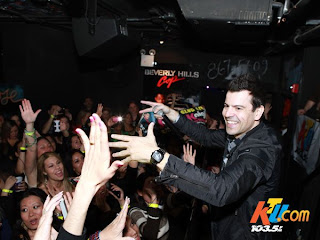 Here is some news Jordan mentioned to fans over the weekend.
From @JenRaLee:
@jordanknight just announced...for the August event, you will *not* need a tent! Hallelujah!... Also...@jordanknight said you cruisers will have themes "next week" :)

From@BlancoDiddy
@jordanknight he mentioned Seattle/Vancouver/San Jose as potential October dates! (for his solo tour)
Posted by NKOTB News at 7:12 PM