Here is a photo of New Kids on the Block, Backstreet Boys and 98 Degrees all on stage together from ATL_ChandaKing 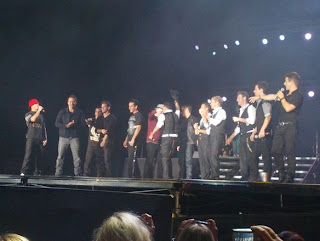 Here are a few more videos from yikes77 from last night's show...