On Location Vacations posted some new photos of Donnie and other members of the Blue Bloods cast while they were at Astoria Park in Queens, NY... 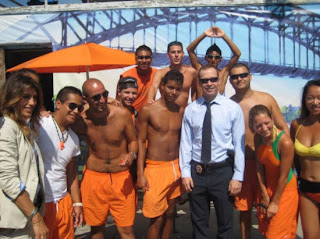 Here is another great video of Donnie and Jennifer filming a scene from MiyaPark on the set of Blue Bloods:

Publisher's Weekly did a review of the book "New Kids on the Block: Five Brothers and a Million Sisters". Click here to read the review. Also, Nikki says she's giving away some advanced copies with a mini-scavenger hunt at Mixtape Festival. She will be tweeting some clues out later.

Jordan will be making an appearance on "Sugar Stars" which is on the Canadian version of the Food Network. According to their Twitter page, the cast makes a sweet table for Jordan. His episode airs August 27 at 10PM EST.

Singer/actress Rachel Crow recently met Jordan and she shared her photo with him on her Twitter page. 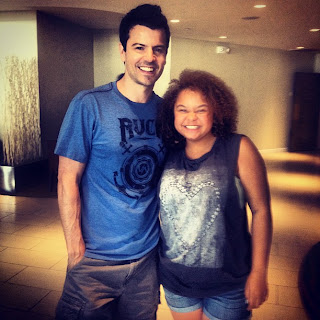 In case you missed it, tickets to the NKOTBSB softball game on August 19 are now available. Check out this post for more details.

Here are a couple news articles about Mixtape Festival: