A new Wahlburgers location is opening in Honolulu, Hawaii today and the first 50 people in line will win tickets to the New Kids on the Block show on August 7! (See this article from KHON 2)

According to this post on Instagram from incurablepicure, Donnie may make an appearance at that Wahlburgers location on August 7 (time TBD)!

Check out this short video clip that Donnie posted with a certain “unicorn” at the end:

Celtics legend Bill Russell died over the weekend and Donnie posted a tribute to him on Instagram:

Here are some other highlights from Donnie’s social media: 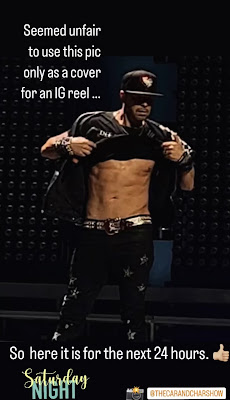 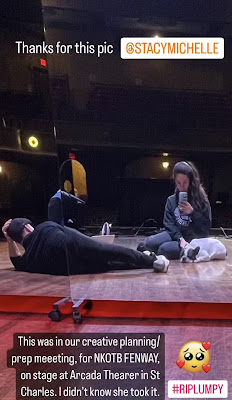 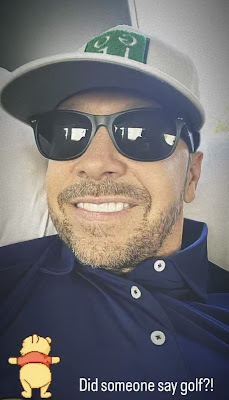 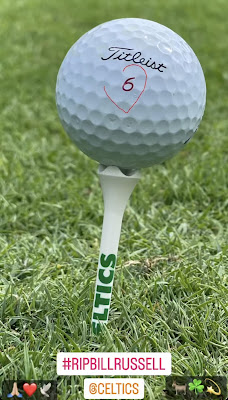 Look for Jonathan to be featured on the ValPak envelope! Jonathan posted this on his Instagram: 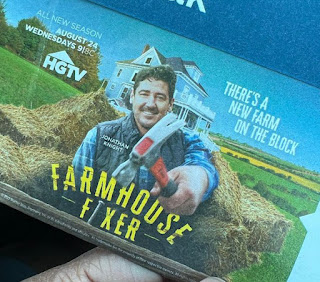 I made the cover of the Valpak. I’ve officially made it!!!! Thanks for sending this along Mahasha. Keep an eye out for your coupon mail!
Jon and Harley got a chance to spend some time outdoors over the weekend. Harley posted this short clip of them on a boat near Choate Island.


Joey practiced his vocals, and mentioned that “Please Don’t Go Girl” is “a beast”


The Honolulu Star-Advertiser published a new article about the NKOTB concerts and two fans who went to shows back in the day and are going again this week!

New Kids on the Block concerts will bridge generation gap
When the New Kids on the Block take the stage this week, it will both a family reunion and deja vu moment for Michelle Rai.
Rai was born and raised in Hawaii and attended the boy band’s first performance in the Aloha State with her sister. It was during the 1988 holiday season at a Waikiki hotel, and it was the first concert she ever attended. The band, now commonly referred to by the initials NKOTB, was “still a little bit new, and had just started to play some of their own songs,” said Rai, who now lives in Southern California.
For the band’s upcoming visit, she’ll be reprising the experience with her own children, Sophie, 17, and Joshua, 13. She’s taking them to two of the three concerts. Rai’s sister also will be bringing her kids to the concerts, a first for them as well. The whole clan has prime seats at Blaisdell Arena for Friday and Saturday nights.
“We’ll never get to go to a first concert again with our kids,” Rai said. “It’s pretty unique.”
Rai’s memories of her first NKOTB concert, which took place on Dec. 27, 1988, at the Pacific Beach Hotel (now the Alohilani Resort), recall an age of innocence. She was then Michelle Konn, the ­teenybopper daughter of a ­Honolulu Police Department officer. Eager to see something different and new, she and her sister got tickets to the concert from a local radio station.
Opening the show was the girl group Sweet Sensation, who had performed in ­Hawaii in 1987 in an all-­female concert that included Taylor Dayne and Lisa Lisa. NKOTB was not yet well-known at the time with just two albums released — their eponymous debut ­album in 1986, a flop, and in the summer of 1988, “Hangin’ Tough,” which featured a single “Please Don’t Go Girl” that was getting radio airplay and would become the band’s first hit.
While waiting in line talking with a security officer, the two girls mentioned that their father was a police officer.
“Either the guy knew my dad, or he thought it was cool to take care of a cop’s daughters, so he said, ‘If you guys come back after, I’ll let you guys go backstage,’ ” Rai said. “We were like, ‘What?’ Because we didn’t even ask, he just offered.”
She remembers that the concert was “great.” “They were engaging with the crowd,” she said. “I remember them saying, ‘We’re so glad to be in Hawaii, because Hawaii has the most beautiful girls in the world.’ And you know that they say that at other concerts, but I remember the crowd went wild because they said that, and you think you’re special.”
After the concert, the girls went backstage and met band members Donnie Wahlberg and Jonathan Knight. The girls also overheard people trying to figure out where the band was rooming. With security minimal, it was easy to wander the hotel in search of other members of the band.
“Girls were checking on every floor to see where they were,” Rai said. “We just kind of said, ‘Before our dad picks us up, let’s go and see if we can find them.’ ”
They wound up meeting the rest of the band: Joey McIntyre and Danny Wood in a hallway and Jordan Knight in the lobby. Rai remembers getting her photo taken with McIntyre, who sang lead on “Please Don’t Go Girl” and was her crush.
“I was supposed to marry him,” Rai said with a laugh. “He never knew about it, unfortunately.”
Rai subsequently bought their albums, posters and DVDs, and watched for them on MTV. “You think you’re part of the ‘in’ group,” she said. “It’s almost like you’re part of the family.”
NKOTB’s fortunes subsequently began to soar. The group had been playing venues such as county fairgrounds and amusement parks, but with several singles from “Hangin’ Tough” landing on the Billboard Top 100 chart, the album went platinum. Less than a year after the Waikiki concert, NKOTB was playing Madison Square Garden in New York City, the Spectrum in Philadelphia, the Oakland Coliseum Arena in California and other major venues.
Their sound, a blend of R&B and hip-hop, would ­result in sales of more than 80 million records worldwide and net them three No. 1 tunes on the Billboard Hot 100 charts (“I’ll Be Loving You (Forever),” “Hangin’ Tough” and “Step by Step”). They are considered to be one of the first modern boy bands, winning two American Music Awards in 1990. The group returned to ­Hawaii to perform at Blaisdell Arena in 1991, its last performance in Hawaii.
After graduating from ­Hawaiian Mission Academy, Rai eventually moved to California for college and initially planned to return to Hawaii. But she married her college sweetheart and wound up staying in California, eventually getting into the health insurance industry. She’s remained a fan of the band, even going to see them in May in Anaheim. She appreciates their wholesome image and their “super clean” songs. “They’re actually very good entertainers,” she said.
Rai hopes their music will be fresh and interesting to her kids. She thinks they’re at the right age for it now, but has no expectations for the future.
“We’re kind of hoping they stay innocent for a few more months,” said Rai, who has not played any the band’s music for her kids. “Afterwards, they can say they hate us, but we think it’s cool that they get to see the same concert that we saw. They might not think it’s cool at the end of it, though. So we’ll see what happens.”