Only a couple more days until the new season of Farmhouse Fixer! The season premiere is Wednesday at 9pm eastern on HGTV, but there will be a special recap show from season 1 at 8pm! 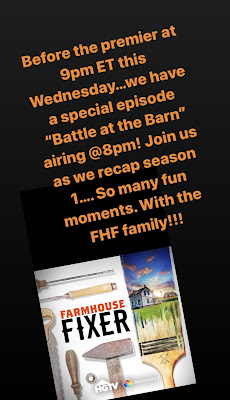 Here are the episode summaries for this Wednesday's shows:

Battle at the Barn (Wednesday August 24 at 8pm)

Jonathan Knight and Kristina Crestin battle head-to-head over their favorite spaces, and one room will come out on top! Also, take a look back at all the fun of Farmhouse Fixer Season 1 with never-before-seen footage and bloopers.

A Los Angeles family buys a 1798 farmhouse sight unseen in New Hampshire, and Jon Knight and Kristina Crestin transform the dark home into a vibrant space with a bright-white kitchen, a bathroom they can fit in and a Santa Monica inspired chicken coop.

Jonathan will also be featured on this Wednesday's episode of Entertainment Tonight! (Check your local listings for time and channel) 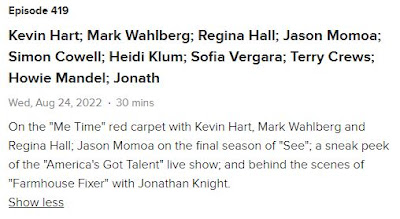 Jonathan and Kristina had to finish some more last minute filming over the weekend: 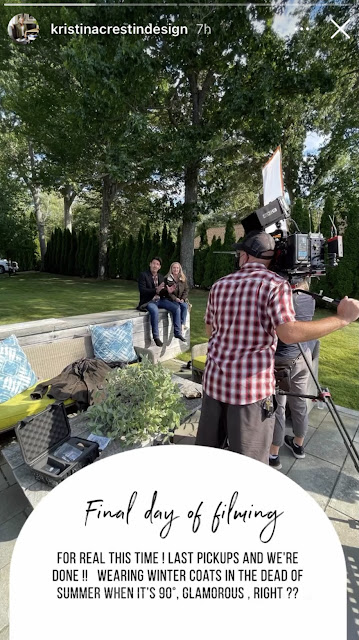 Here are a few new preview clips/promos from the show!

Click here to view a clip from Scott Harmon (posted on the Jonathan Knight's "FARMHOUSE FIXER" Fan Page) where Jon talks about helping his mom and buying her farm.

Here is another clip from the show:


And if you didn't get a chance to see the extended preview of Farmhouse Fixer season 2 at a Mixtape Tour concert, here is that video:

#FarmhouseFixer more like #FarmhouseMover, right @JonathanRKnight?!! Take a look at what you can expect in the coming weeks and check out the Season 2 premiere, August 24 at 9|8c! pic.twitter.com/L2HQA11u3j

They also showed a video for Danny's Wood Works YouTube show at the Mixtape shows. Here is that video!

This is the trailer that played during the #MixtapeTour2022 I miss the tour, but there is so much more to come with @nkotb and #thewoodworks! What would you like to see the most on my @youtube channel?#youtube #nkotbmixtapetour #vlogs #fitness #justthetip pic.twitter.com/YsJVUKkVS7

Danny also shared a video of his workout over the weekend!

Here are some other social media highlights from the guys:
From Jonathan's Instagram: 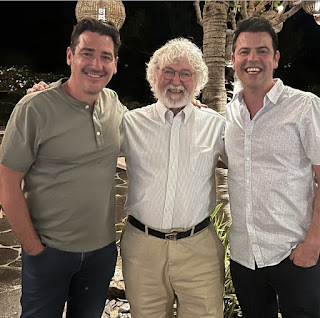 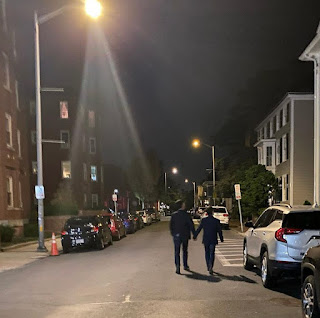 "After dinner stroll with my love! Celebration dinner for all things Farmhouse Fixer with @areesevanallen and @victorialynnlevy! Was so good filming with the team today. @kristinacrestindesign and @easystreak 📸 by @areesevanallen"
From Donnie on Instagram: 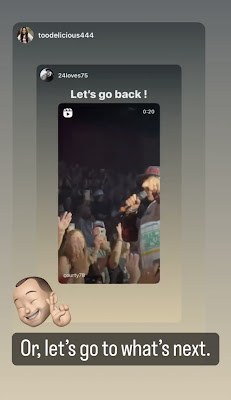 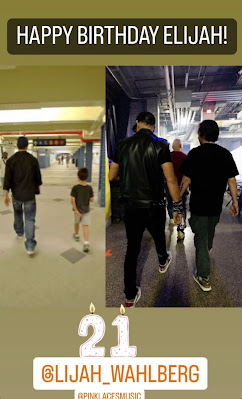