Hawaii News Now did a news segment about the New Kids on the Block. Watch it here!

NKOTB posted these photos of them with the Hawaii show opener TLC: 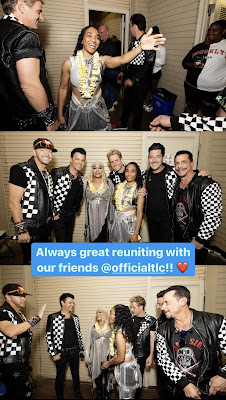 Donnie made an appearance at the Wahlbergers in Honolulu yesterday. Check out some highlights from AlohaWahlburgers on Instagram:
Donnie had a chance to get a round of golf in while he was in Hawaii: 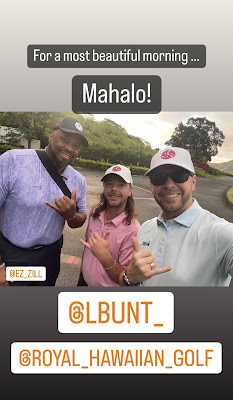 Saturday marked the one year anniversary of NKOTB's show in Fenway Park, and Donnie acknowledged the day in his Instagram stories:
Donnie was lurking on Twitter yesterday and here is his response to someone who asked about an NKOTB DVD: 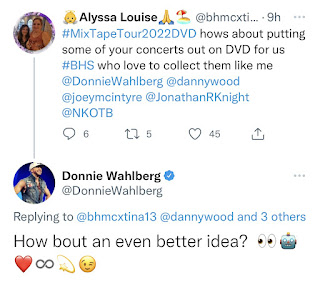 Here are some other posts from Donnie's Instagram stories over the weekend: 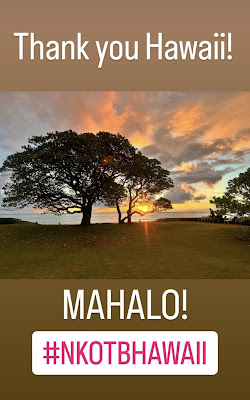 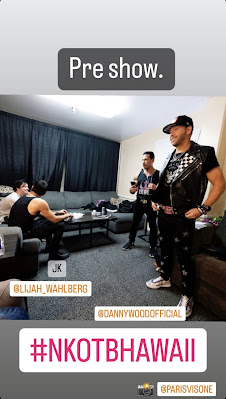 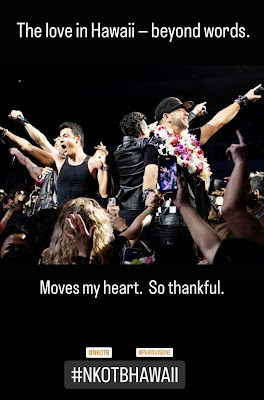 He took a few selfies after the show... 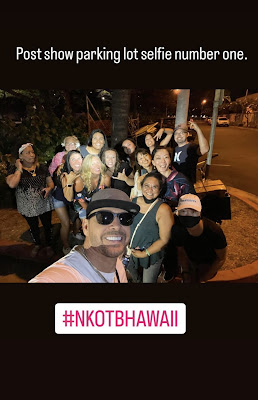 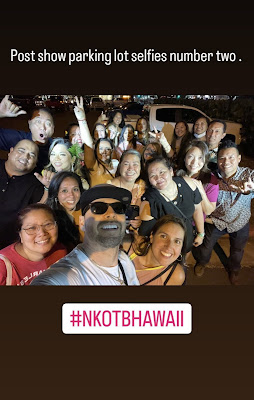 And he is already heading back to the main land... 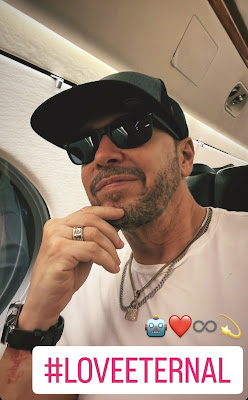 Some of the guys had family members join them in Hawaii. Here's a couple photos shared by Joey and Jonathan: 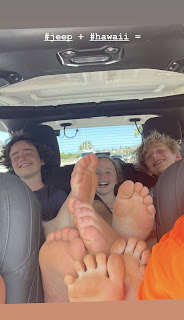 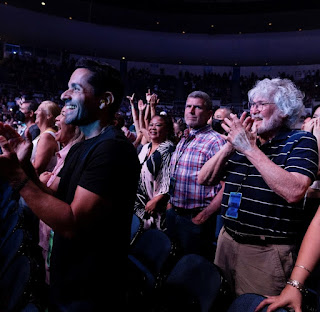 Jonathan's caption: So happy to be in Hawaii with my Dad… Harley… my business partner… and have my good friend Diane here tonight! She made me the proud godfather to her son ❤️ This weekend was filled with so much joy on so many levels. Thank you to the people of Hawaii for welcoming us back with open arms and with the Aloha spirit… also thanks to all our mainland fans and those from countries afar that traveled here to witness our return to Hawaii. So touched by all the love!
Joey also shared a couple of video clips of the beach:
Danny also posted a post on the anniversary of the Fenway show:

One year ago today, we had the honor of playing @fenwaypark for a third time! Thank you to our #bhfamily for making it such a memorable night.

He also posted a clip of the guys performing Hold On in the Red Nynuk hoodies:

And he also shared some photo highlights from the Saturday night show:

Last night was a dream! I could feel that #AlohaSpirit fill the arena! It’s been such an incredible weekend and we are so #thankful for our #bhfamily. Thank you for joining us here in #paradise. 🌺