Donnie Wahlberg's The Business of Entertainment talk at Bentley University

Here are some highlights of what Donnie talked about at Bentley University last night (from their Twitter page). 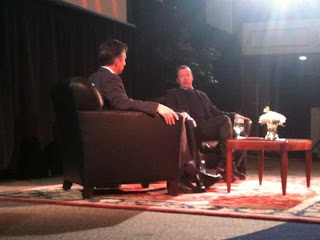 Check out more photos here!
Success is being able to make someone's day.

@DonnieWahlberg: @bentleyalumni thank you for a wonderful evening!!!! I am humbled & proud to be an honorary member of the #BentleyBEC

@DonnieWahlberg: 'Bluebloods is an amazing role that I feel at home in.'

When asked about taking chances, @DonnieWahlberg says that if he gives it his all, that's enough.

@DonnieWahlberg spoke to Carwood Lipton every day when he filmed Band of Brothers. It was a role that changed his life.

@DonnieWahlberg wanted to be involved in the Sixth Sense so badly he was willing to do it for free.

@DonnieWahlberg says the key to success in show business it to be constantly ready to adapt to the next challenge.

When NKOTB formed, @DonnieWahlberg remembers his dad telling him that if he hit it big, to never change

@DonnieWahlberg just complimented Bentley saying 'it's a real pat on the back to be invited to speak at such a great school.' Go Falcons!

@DonnieWahlberg remembers finding inspiration to chase his dreams when he was bussed to school in Roxbury.

President Larson chats with @DonnieWahlberg at the #BentleyBEC event.
Posted by NKOTB News at 7:17 AM