I know a lot of people are wondering what’s next for New Kids on the Block.  Maybe a tour with New Edition, maybe a UK/Europe tour, or maybe nothing at all.  While it’s too early to announce any plans for 2023, an article recently published by License Gobal says they are on board with their new licensing agent, "Epic Rights" through 2024! They will be creating a wide variety of merchandise from home décor to spirits. They also announced that the first line of merchandise will be out on retail shelves by the holidays!


On the heels of their latest release and North American Mixtape Tour, legendary multi-platinum pop artists, New Kids on the Block (NKOTB), have appointed Epic Rights as their global licensing agent to develop a global merchandise program worldwide.


To coincide with the tour and multiple initiatives, starting in 2022 through 2024, Epic Rights will develop a robust licensing program for the band across multiple categories, including apparel, footwear, accessories, gaming, spirits, home décor, collectibles and more. Initial product launch for some categories will hit retail shelves for holiday 2022.


“New Kids on the Block is one of the most successful pop boy bands of all time with multiple #1 hits and legions of fans just as eager to engage with them today as when they first started,” says Lisa Streff, senior vice president, global licensing, Epic Rights. “With the Mixtape 2022 tour starting in May, a cruise in October and other initiatives in the works, we have endless opportunities to create a distinctive line of merchandise that represents the band, featuring retro nostalgia from the ’80s and ’90s as well as products that speak to who they are today.  We are so excited to add New Kids on the Block to our roster of amazing artists.”

“We can’t wait to get back on the road this summer and perform for our fans, old and new,” says Danny Wood, member, NKOTB. “With all of the exciting plans we have coming, we wanted to create a unique, fresh, and memorable product line, and Epic Rights is the premiere agency for artists who want to develop merchandise lines that speak to their fans.  We are thrilled to begin the process with Lisa and the team to bring all of our ideas to life!”

US News Sites interviewed Joey and he talked about the memories he associates with playing in Michigan in the 80’s, this Mixtape Tour schedule and more!


GRAND RAPIDS, MI – Grand Rapids, Michigan played a pivotal moment in Joey McIntyre’s career with New Kids on The Block and it’s something he says he will remember for the rest of his life.


We caught up with the “Please Don’t Go Girl” singer as the boy band continues its “MixTape Tour″ with not one, not two, but three concerts in Michigan with Grand Rapids being the first at Van Andel Arena on Thursday, June 16, followed by Soaring Eagle on Thursday, June 23 and Little Caesars Arena on Friday, June 24.


McIntyre says he will always remember how special Grand Rapids is to him because the group was right on the cusp of becoming big at the time.


“I remember we played a club in Grand Rapids twice while we were on our way to the top,” McIntyre reminisced with MLive. “It was when we were just playing clubs at the time after we were on the road opening for Tiffany in ‘88. I remember it was a big club Grand Rapids, like a 2,000 capacity club and the fans were just nuts.”


McIntyre says he will never forget these two shows in particular because of a purchase he made right before them.


“I remember them distinctively because I bought brand new pair of Nike sneakers and a Champion sweatshirt. I was a 16-year old and I’m like, what’s cooler than this? I just bought a brand new pair of sneakers and I’m playing at this amazing sold-out place. I just always remember it was in Grand Rapids. It was just cool to be like, here we are in Michigan, in the middle of the country just rocking it and meeting new audiences.”


McIntyre says he’s also excited to be coming back to Detroit to play, a place he says he likes to explore.


“Detroit has always been great. I’ve said that it’s really cool the venue is back in the city. Playing out in the suburbs was cool, but a bit of a disconnect. I like to take a bike or a scooter around the city and see the history of Detroit. I know every city has had its ups and downs, but I see it coming back. I appreciate that kind of stuff.”


NKOTB last performed in Michigan on their “MixTape Tour” in June 2019 with Salt-N-Pepa, Debbie Gibson, Tiffany and Naughty By Nature. This time around, they’re bringing with them Salt-N-Pepa, Rick Astley and En Vogue. It’s a grueling schedule which sees everyone performing as much as six nights in a row in some stretches.


“We don’t take that scheduling lightly. I think it might be the nature of the climate because it’s been a few years since we toured and you never know when things might shut down again. It’s a lot of shows in a row, I’m not going to lie. But, the best we feel all day is when we’re on stage and that’s how it should be. You get this huge shot of adrenaline and love and you go to the moon every night. It’s a wonderful experience, but it’s not easy. It’s a beautiful grind.”


Jon went back to Boston on his day off for some Farmhouse Fixer filming! Here is a photo he shared right after they finished the show in Iowa: 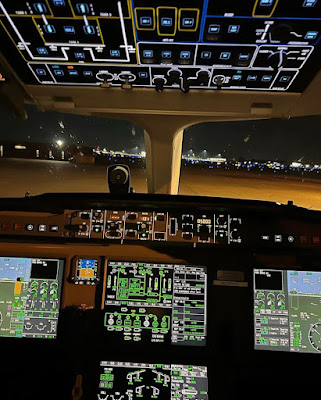 Boston here I come! Sitting in the cockpit for take off, then off to bed! Farmhouse Fixer here I come! #revealday

Then he shared some photos from the set yesterday: 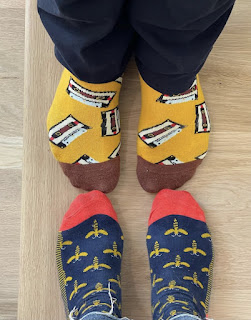 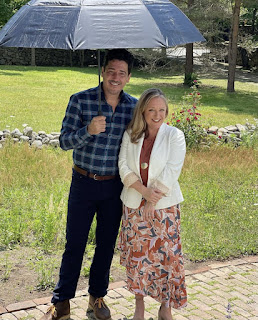 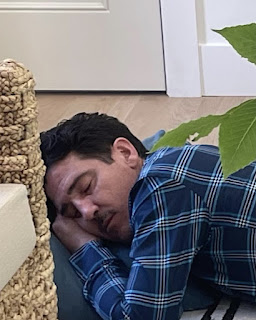 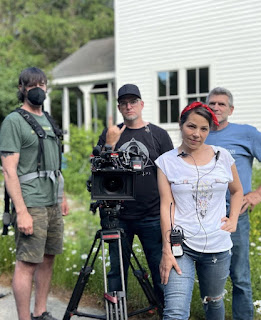 Such a fun day with @kristinacrestindesign today giving our amazing homeowners their house back. .. wore some mixtape vs. farmhouse fixer socks with @victorialynnlevy…. Got caught sleeping on the job (a first)… but finished out the day strong!! Now I sleep! Been such a fun year! Looking forward to what’s next.

In case you missed them, here are Joeys latest “namaste” videos from Lincoln, Nebraska and Des Moines, IA, and MSP airport:

Hello Iowa interviewed Chad Zimmermann, who used to work for Jordan and Danny in the early 2000’s.  Chad went to the show and had an opportunity to go backstage. Here is the interview:
Posted by NKOTB News at 9:33 AM