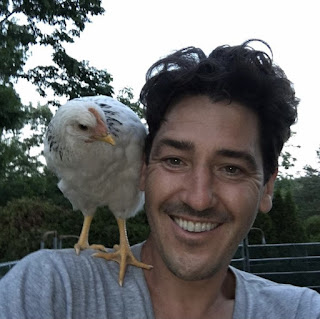 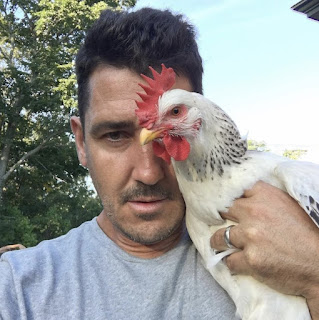 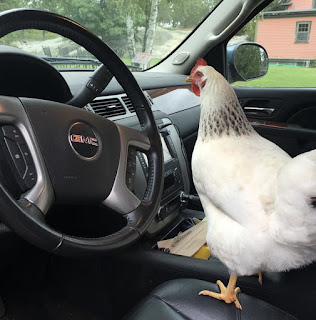 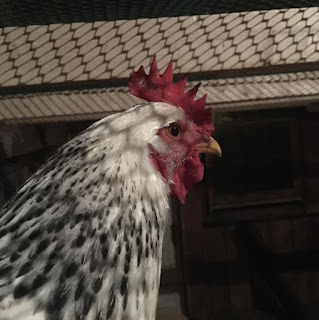 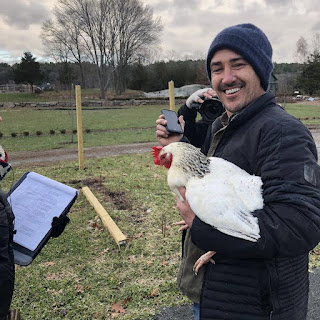 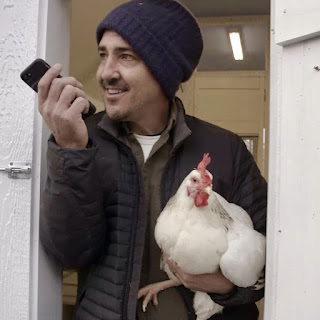 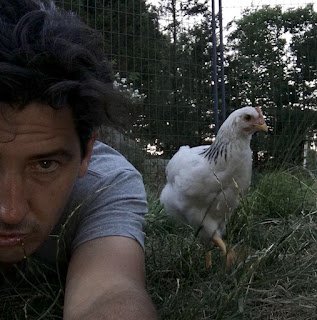 You will always have a special place in my heart. Thank you for giving your two Dads so many years of joy. I’m gonna miss our car rides, our trips to the garden where I always found you the best worms, and most importantly the way you let us cuddle you and the way you cuddled us back. I feel tremendous guilt Not being with you in your final hour, but comfort knowing that your Dad Harley was by your side. We both love you so much. Sleep well our sweet baby.

Donnie also posted a tribute on Instagram reflecting on the recent passing of Bon Jovi founding member Alec John Such:

During our 80’s tribute set last night (in Spokane Washington), when Livin’ On A Prayer played, I was so taken with the spirit of joy and love in the arena — that I closed my eyes (in this moment, captured by the wonderful @parisvisone) and gave a few silent words of gratitude. Gratitude for each and every person in that arena, and gratitude for the gift that we all share. The recent passing of one of the founding members of @bonjovi, Alec John Such, made this moment even more profound, for me. I did not know him, but I hope that if he had been in that arena with us — he may have enjoyed seeing you all celebrate to their music as much as I enjoyed it. As someone who tries to honor the blessing of each day, as if it’s the only day I’ll have, nights like this are so special to me. To see your joyous faces, to feel your overwhelming love, is more fulfilling to me than it has ever been in my lifetime. But, in this moment, I’ve never been more certain (or thankful) that this is why god put us all together. To spread love and and to watch love spread! To love ourselves, to love each other and to love each and every moment that we are so blessed to share. I am so thankful for you. Thankful for this blessed relationship and thankful to be Livin’ On (our own little) Prayer, together. May Alec Jon Such rest peacefully, and may the rest of us remember that nothing is promised and to also make our own promise — to celebrate every precious moment that we have. #GodSpeed #RIPAlecJonSuch #BlockheadLove #LivinOnAPrayer #SpreadLoveAndLoveWillSpread #loveeternal #NKOTBMixTapeTour #Tuesday 🙏🏼❤️🤖❤️♾💫 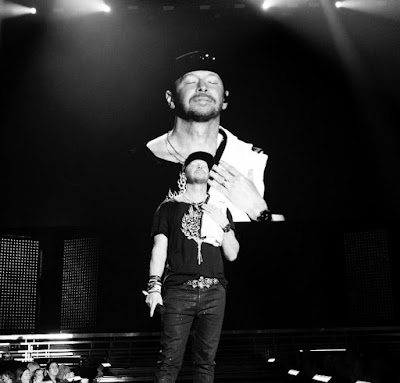 Joey spent some time at Memory Grove Park in Salt Lake City, Utah. He also shared some of his insights from his meditation.
Here is Joey's "Namaste" from Spokane Riverfront Park on Monday:
Cindy Herron-Braggs of En Vogue shared this behind the scenes look at how the cameras work at the concerts!

Rhona Bennett from En Vogue also shared some backstage footage yesterday. There is a real brief Joey appearance, but I thought it was interesting to see some of the stuff the guys see backstage:
Danny shared some new video clips from recent shows on his social media:

Who will be my #ValentineGirl tonight here in Salt Lake City? Just a few hours until we take the stage! Will you be there for #MixtapeTour2022?

We’re just getting this party started! 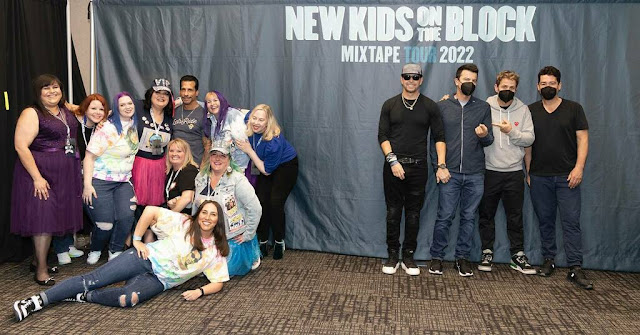 And if you want another photo of Donnie and Jordan holding hands, 😍, here's another one shared by the official NKOTB account: 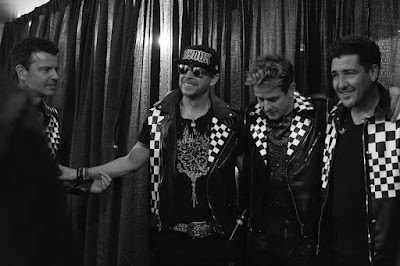 Reminder: only a few days left to enter the raffle to win this "NYNUK" sweatshirt worn by Danny Wood and signed be all 5 members of NKOTB. Click here to enter! 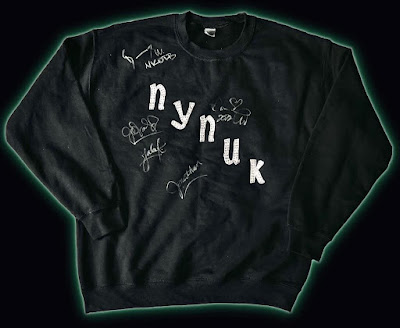 Gloucester Daily Times wrote an article about Jonathan's land dispute. Jonathan said on Twitter yesterday that this publication did not get his side of the story, so keep that in mind while reading it. Hopefully they will let Jonathan share his side too!

Essex pop star sued by Trustees of Reservations in Land Court
Michael Cronin, Gloucester Daily Times, Mass.
Jun. 6—ESSEX — New Kids on the Block member and HGTV personality Jonathan Knight is hangin' tough while facing a lawsuit from The Trustees of Reservations.
In November, the Trustees filed a complaint in Land Court claiming Knight and Scott Harmon, trustee of the King's Court Trust (KCT) that owns the property, routinely broke the property's conservation restrictions.
In a counterclaim filed in December, KCT denied any wrong doing and accused the Trustees of singling them out while other neighbors get away with potentially more intrusive developments.
KCT owns just over six acres of Bothways Farm, a nearly 100-acre plot that was sold to the Trustees in 1976. The sale came with a conservation restrictions that sought to preserve the land's agricultural and farming use. For example, no new buildings are allowed on the property unless they are necessary to farm operation. However, land owners are allowed replace previously built structures and even increase their square footage up by 25%.
According to the complaint, in 2015, Knight sought to expand the existing single-family home and move it 100 feet southwest. Knight also wanted to give the property's barn a new foundation and "upgrades" that were unspecified by the complaint. The Trustees notified Knight that the conservation restrictions would need to updated to reflect modern standards and regulations before the specific changes would be implemented.
The counterclaim states there was "no reason" for the Trustees to change the conservation restrictions in order for the requested work to be done. Trustees claim KCT eventually stopped participating in the conservation restrictions' revision process altogether.
In May 2017, Trustees claimed they were blindsided by an unapproved 30-by-42-foot foundation hole dug on Knight's property.
"To remedy the CR violation, Mr. Knight and Mr. Harmon...proposed building a barn on the site of the newly dug foundation rather than relocating an enlarging the residence," reads Trustees' complaint. "Mr. Harmon and Mr. Knight agreed that the 2017 Barn would be used for agricultural use only — i.e. not for residential uses..."
The "2017 Barn" project was approved by Trustees. However, a month later, KCT seemingly changed their minds, requesting the barn be constructed as a residential building. After Trustees denied this request, construction on the barn stopped completely.
The foundation remained untouched for two years. In July 2019, after receiving no response from KCT about barn project's status, the Trustees rescinded their approval.
A month later, Knight's legal counsel stated they will continue to build the barn. Another month went by, and Knight's legal counsel again requested to convert the planned barn into a single-family residence. Trustees responded that Knight may only continue with constructing the barn.
Trustees learned just a few weeks later that Knight had excavated and poured foundation for a two-bay equipment shed next to the barn site, another project previously denied. KCT states in their counterclaim that they had verbal approval to pour the foundation from Trustees' Conservation Restriction Program Manager Sally Naser.
Trustees issued a cease-and-desist order to KCT in October 2019 regarding all new structures until both parties could come to an agreement over where the barn project was headed.
In October 2021, during a site visit, Trustees discovered the barn project had "substantially improved as a single-family residence," complete with "residential-style windows" and "a central staircase visible through the open doorway."
In addition, while Trustees claims the cease-and-desist was still active, Knight had a lean-on built on another barn on the property, a chicken coop and garden shed.
KCT states in their counterclaim they had removed the kitchen and bathroom from the property's original home. Their plan was to have the new barn replace the single-family residence. However, the Trustees claim the new structure is far over the 25% increase allowed in the CR.
"Mr. Knight's originally proposed construction of the 2017 Barn as a single family residence contemplated a 2,550 square foot structure, approximately 34% percent larger than the original single-family residence on the property," the Trustees complaint stated. "Since then, Mr. Knight has changed his plans and added a screened porch, a finished basement (with standard-sized, residential windows), and a breezeway/mudroom, bringing the total square footage to 4,166, 119% larger than the existing family residence."
The Trustees are seeking the court to have KCT "restore the property to the condition it was in prior to such construction," including the foundation for the two-bay equipment shed, and cease any further construction on the barn/single-family residence project. A hearing on the matter is scheduled for Friday, Oct. 14.