If you haven't already, check out some new footage from the New Kids on the Block's appearance on the Kelly Clarkson Show!

Speaking of TV, CBS has announced that the season 13 premiere of Blue Bloods will be on Friday, October 7!

The guys have a rare 2 days off before they resume their Mixtape Tour in Philadelphia on Wednesday night. Donnie, Jonathan and Jordan flew out of Lexington, KY last night. 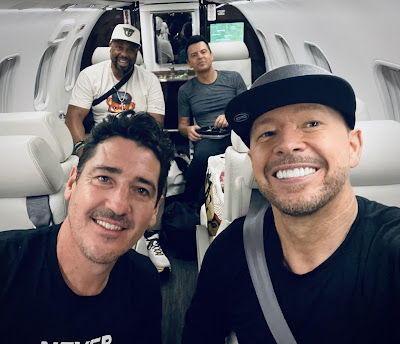 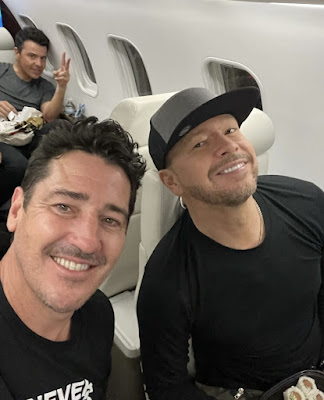 Photo from Jonathan: Heading home to film some more #farmhousefixerhgtv Can’t wait to sleep in my own bed. Only thing missing will be my husband who’s in Paris! Thank you Kentucky for an amazing show! Such a polite audience!!!
After landing safely, Jonathan spent some time checking in on his garden and his goat, Lucy 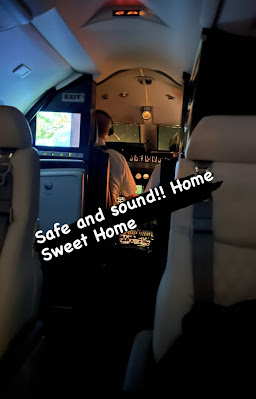 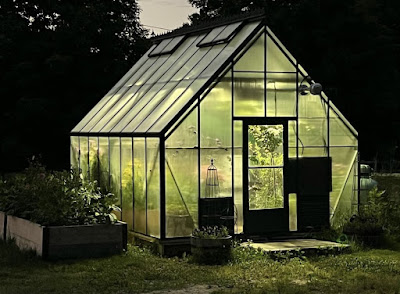 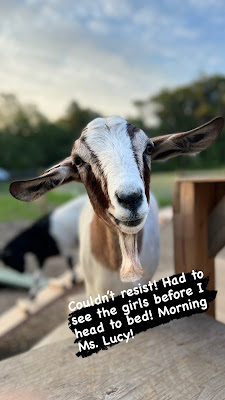 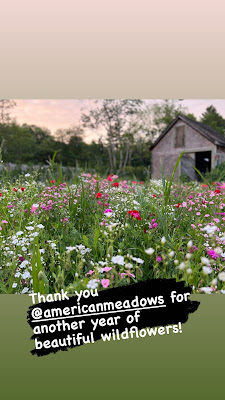 Then he was up early (or maybe never went to bed?) and got to work filming Farmhouse Fixer: 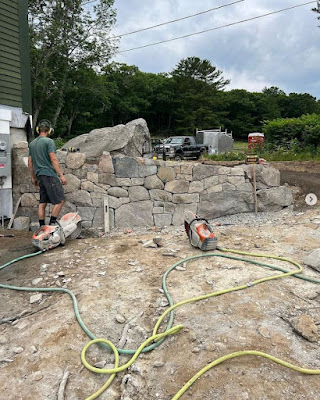 From Jonathan on Instagram: How cool is this wall! So happy to have @modernhomesteaddesign giving some Farmhouse Fixer love to this project. Love that they are a small business from my town!
Look for some new Danny Wood TorchBearer Sauces coming soon! 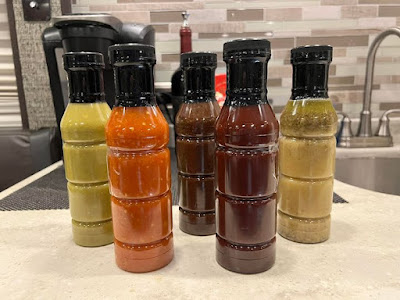 From Danny: #TheWoodWorks is something I’m proud of and working hard to continue to build, even while on tour with New Kids On The Block. Not only are we producing fun, new content everyday, but we’re also preparing for a brand new sauce launch with TorchBearer Sauces! Any guess which one of these samples was my favorite? 😁 Still haven’t tried my Jalapeño Cilantro sauce? Visit dannywoodhotsauce.com or discover on Amazon.com to purchase today!

Joey shared a short video from backstage at the Rupp Arena:

Catch up on some other social media posts from the last few days...

Danny shared a video from the meet and greet in Detroit:

Danny before the show in Lexington, Kentucky: 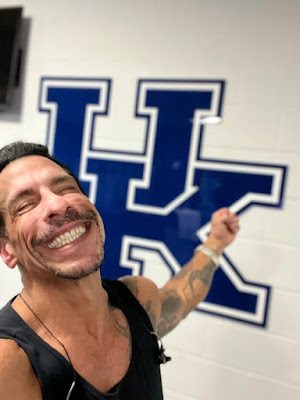 Danny and Rick Astley on stage in Columbus: 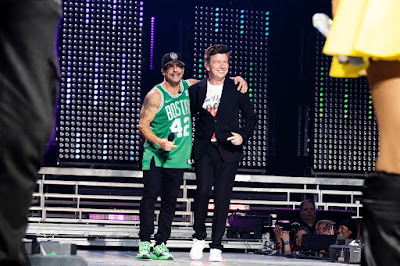 Danny shared this group photo from their only outdoor concert this tour: 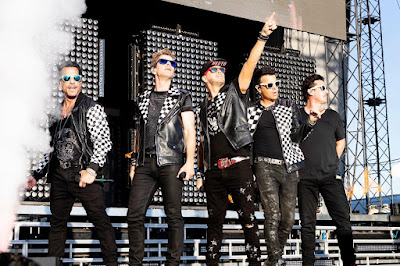 Don't know who needs to read this, but Jonathan posted this a few days ago after the show in Mt Pleasant: 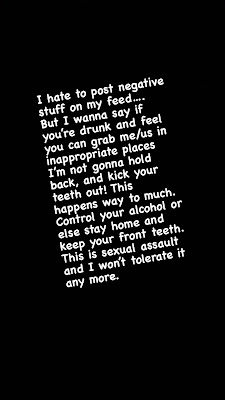 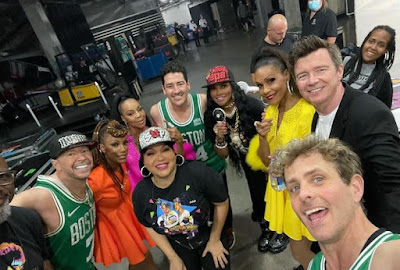 Jon's caption: Having so much fun with this group of amazing people!

Joey commented: Yes this is a sign of a good tour- We were just hanging after the show backstage… apparently @officialrickastley wants to take up dancing! I’m ready, Rick!

Jonathan had an opportunity to meet up with some contestants from The Amazing Race and he shared this photo of them on his bus: 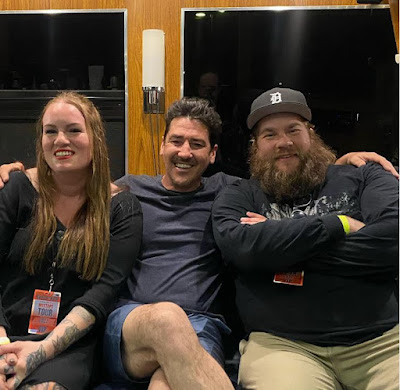 From Jonathan on Instagram: Amazing (race)!!!!! So good to see my good friends tonight. @mynameisrochelle and @mybeardismycopilot Thanks for making the long journey to come hang. Love you both so much!

Here's a clip of Donnie before their show in Mount Pleasant:

While in Columbus, Joey brought Griffin to the Jesse Owens Memorial Stadium and showed him a statue of Jesse Owens. 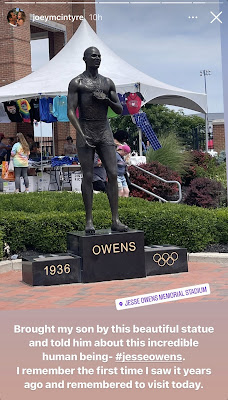 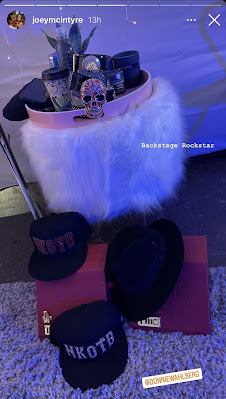 NKOTB's photographer, Paris let Jonathan get behind the lens recently (photos posted by Paris on Instagram): 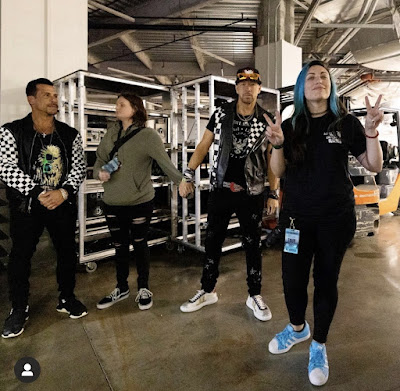 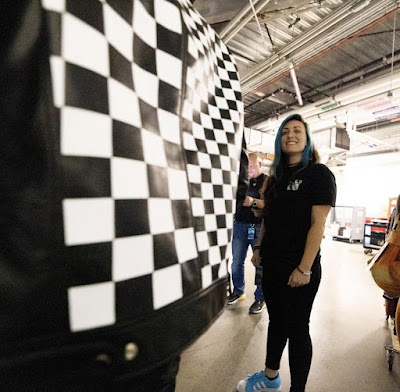 Donnie and Griffin have some fun on a scooter (photo from Griffin on Instagram): 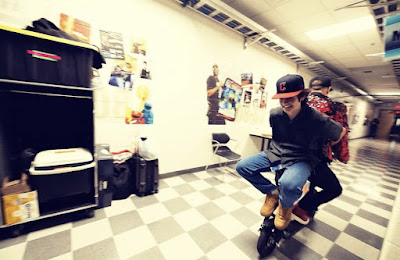 Here are a few other photos from Donnie: 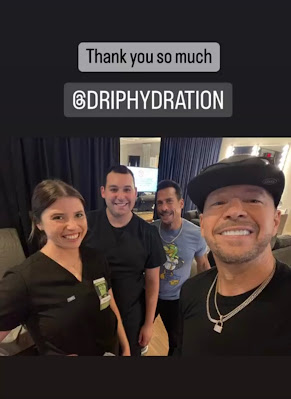 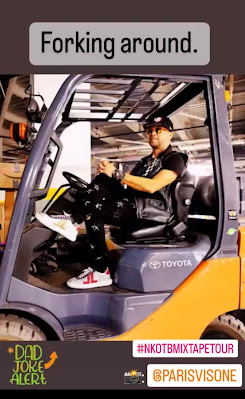 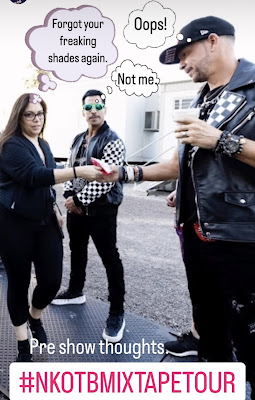 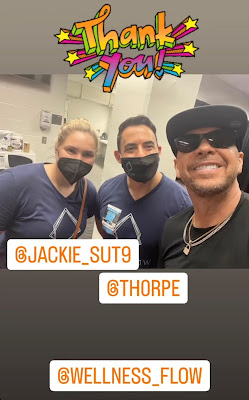 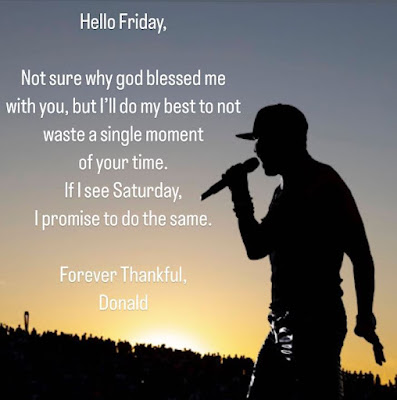