I finally have a little bit of Jordan content to share!  It's super short, but Jordan was interviewed by WBZ's Jim Mackay about the recent fire at his restaurant, Novara.

MILTON, Mass. (WBZ NewsRadio) — Novara, the Milton restaurant co-owned by New Kids on the Block singer Jordan Knight, is set to reopen this weekend after a kitchen fire in November.
The fire started in the Novara kitchen on November 5, when a deep-fryer burst into flames as workers were getting things started for the day. Three local fire departments were called and quickly put out the blaze, but the restaurant was badly damaged by smoke and water. The cause of the fire hasn't been narrowed down.
Fast forward to December. Knight says the restaurant has been seriously renovated in the month since since the fire, courtesy of the Lynnfield-based Restaurant Design Group.
During the restaurant's closure, Novara used its insurance policy to keep paying its entire staff, which Knight said was important for making regulars stick around.
"They get to know the staff and that's what makes people comfortable going to the restaurant, them knowing the staff and the staff knowing them...it's a little extra cost, but it's obviously worth it," Knight said. 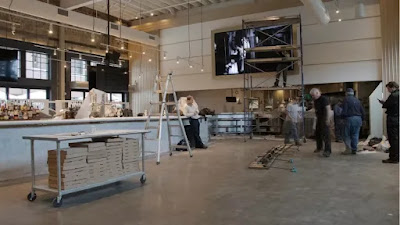