Jordan was interviewed by Boston Globe!

Plus: He’s bad with names. And right now, he’s really into Fleetwood Mac. 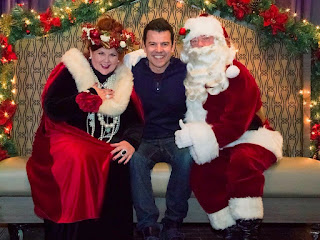 If you’re a certain age, you definitely remember Milton’s Jordan Knight, 52, as a founding member of New Kids on the Block. These days, he’s also a restaurateur. Knight co-owns Novara, a Northern Italian restaurant in East Milton Square in the old Milton Cinema space. A fire tore through the kitchen in early November — though, happily, nobody was hurt. It reopens this week.

You’re known as a performer — and, I should say, I have some friends who are very envious that I’m talking to you right now. How did you get involved in restaurants?

There’s a restaurant in East Milton Square called Abby Park. My wife and I went there all the time, It had good food, consistent. We got to know the owner [Vance Welch] and stuff like that. He asked me if I wanted to join him in creating this restaurant. He showed me the location, the plans, and stuff like that. I liked the idea because the location is an old movie theater — one of those old movie theaters with one screen. Mostly, I thought it was a good idea just because there wasn’t much around there. There wasn’t any high-scale restaurant like something you’d go to in Boston. It looks like a big loft: high ceilings, exposed brick, huge bar, really good food. I just thought it would be something that Milton needed. People come from all around. Instead of going all the way into the city, they can just stop in Milton and get the same experience.

The food’s Italian. [Original chef Tony DeRienzo] also worked at Abby Park, where we went, and he’d do a great job. His grandmother taught him how to cook Italian food. He’s amazing.

What was your favorite hangout growing up in Dorchester? What did you eat?

Well, I lived right near the courthouse in Codman Square. There was Church’s fried chicken that I used to go to. Way back in the ‘70s, there was actually a Friendly’s up there — no, a Brigham’s. We used to go there. In Fields Corner, where I used to hang out when I was a young teenager, breakdancing, there was a place called Hi-Fi Pizza that was pretty much famous. Everybody went there.

Where do you eat now?

I’m pretty non-adventurous. I still go to Abby Park. My wife and I have friends who like to take us places. I recently went to a place called Mooo in the Seaport. And I went to a place in the old Ritz. I’m bad with names. What’s it called? Bear with me. Contessa. Great food.

When you’re out and about, do you get recognized or can you fly below the radar? Are you accosted by former 1990s teens?

When we first hit the scene, it was unbearable to go outside to go to a mall or whatever. Now it’s perfect, because people don’t freak out. They’re just excited. They’ll just be like, “Can I get a picture? Can I get a selfie?” It’s very calm. It’s kind of like the best of both worlds. You get recognized, but it’s not a pain in the butt. Just yesterday, we were at the Celtics game, then we went to a place after to watch the Patriots. They were full to capacity and one of the guys was like, “Hey, aren’t you Jordan? Can I take a selfie? I want to make my wife jealous!” I took a selfie with him, and he let us in the place.

What’s the best bar in Boston?

Or the best place to watch a game. Where were you yesterday?

I can Google it. Hold on one sec. Banners Kitchen & Tap. Lots of big screens.

What’s different about Boston now versus when you were growing up?

It feels just more populated. Put it this way: I was 2 years old when we moved to Dorchester. My parents bought a big Victorian house in Dorchester for about 30 grand with a 12 or 15 percent interest rate or something like that. It’s funny: We’re complaining about interest rates now. … That house recently sold for about $2 million.

I’ve got to ask: When you were touring, did you have special requests in your rider? Like: no green M&Ms?

A lot of people want to know this, because they have a certain image. It might capture people’s imagination, being able to ask for whatever you want for your dressing room: “I want candles, and I only can have like silk curtains.” You know, it was just crazy stuff. We were never like that. We have very few things on our rider. We have peanut butter and jelly, wheat bread, bananas, apples, chips like Cheetos or Doritos, Red Bull, water. We like to make protein shakes, so ingredients like almond milk and protein powder and stuff like that. So yeah, we’re pretty basic. Very basic.

Do you ever eat at Wahlburgers? People probably ask you that all the time, too.

I’ve eaten many times at Wahlburgers. After the show, if we’re close to a Wahlburgers, Donnie will be like: “You guys want Wahlburgers?” It definitely comes in handy.

What should people order at Novara? What are your favorite things to eat?

Since day one, I’ve always liked the chicken parm, meatballs. Honestly, there’s so many good things. I like the simple stuff. Chicken, broccoli and ziti, calamari, salmon piccata.

What else are you working on right now besides the restaurant?

This is kind of a year off for us. We’re doing a couple private events, and we’re doing a cruise, which we do pretty much every year, with the fans. It’s a four-day cruise. We go from Miami to the Bahamas and back. And my brother [Jonathan] has a show called “Farmhouse Fixer” on HGTV. So he’ll call me every once in a while and be like, “Do you want to be in an episode?” It’s been fun to watch how they make the show behind the scenes and watch them film. And, when it’s airing, it’s fun because my whole family gets together and watches the show.

I’m bad with names, but I know the place. I’m thinking of it. Ice Creamsmith in Lower Mills.

Ben Affleck or Matt Damon: If you had to be friends with one of them, who would you choose?

They come in a pair. I’d have to hang out with both of them.

If you’re at Fenway Park, what are you eating?

Just a regular hot dog with mustard and ketchup.

I wasn’t expecting that response. Who knew?

I wasn’t expecting it, either.