Joey McIntyre to star in "Dawn" - a movie based off a V.C. Andrews book series 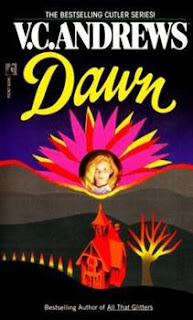 Finally, some news about what Joey has been up to! Joey will be in a new Lifetime movie called "Dawn" based off the V.C. Andrews book series! According to this article from People, Joey will play the part of "singing teacher and Broadway star Michael Sutton".

The dark, twisted tale based on V.C. Andrews' popular book series follows Dawn (Brec Bassinger) as she discovers the truth about her family's secret history

The V.C. Andrews Dawn Cutler Series —which chronicles the saga of the Cutler, Longchamp and Booth families — is underway. Ahead of the first installment of the four-film series, PEOPLE has an exclusive look at the main cast, including Brec Bassinger, Joey McIntyre and Fran Drescher.

Bassinger stars as Dawn Longchamp, who begins her life in a hardworking, humble and loving family but is soon swept up in a world full dark secrets.

"As Dawn struggles to fit in, her wicked grandmother Lillian Cutler rules her life with an iron fist and inflicts cruel punishments when Dawn does not follow her strict orders," the network shared. "As Dawn finds herself entrenched in the mysteries surrounding the family, it becomes clear that a dark and unescapable curse looms over the Cutlers."

As the exclusive home of movies inspired by books from the best-selling author V.C. Andrews, Lifetime will release four movies — one for each of the books in the series (which was originally penned by Andrews and completed by ghostwriter Andrew Neiderman after her death): Dawn, Secrets of the Morning, Twilight's Child and Midnight Whispers.

Drescher, 64, will play Agnes Morris, an out-of-work actress and overly made-up drama queen who is the house mother at Dawn's performing arts school. McIntyre, 49, has been tapped to portray singing teacher and Broadway star Michael Sutton.

Linda-Lisa Hayter is set to direct the first two movies Dawn and Secrets of the Morning, and Jacquie Gould will direct Twilight's Child and Midnight Whispers.

Georgy Small and Richard Blaney serve as screenwriters for the first three movies and Allison Lea Bingeman will be the screenwriter for the fourth movie Midnight Whispers.