Team Betty United posted more details about Danny's live virtual event! Danny and special guests Victor Popovic and Sunny Walters will be hosting a live event on April 9th at 6PM EST! They will have a virtual Q &A to learn all things behind the scenes of the NKOTB tour. Tickets to this online event are $40 and the proceeds benefit Remember Betty (Danny's charity that provides direct financial assistance to cancer patients and survivors)! 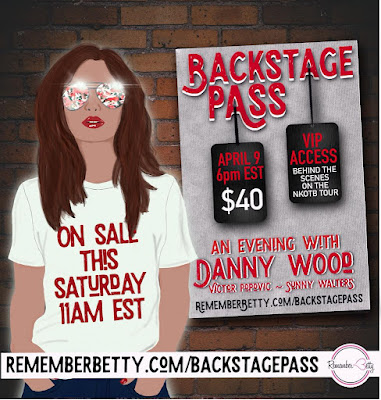 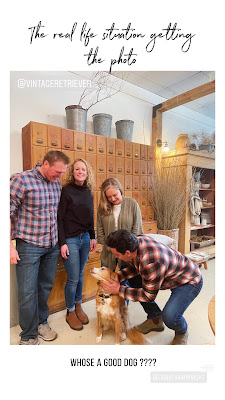 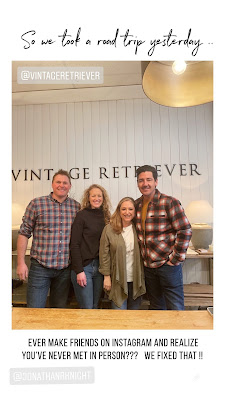 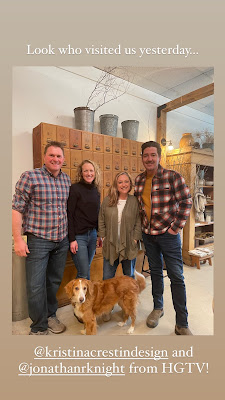 Joey shared another short clip of him at The Wanderer rehearsals yesterday:

Joey plays a guess the Disney movie game during the downtime at rehearsals:

And here's a video he shared this morning. The cast and crew do a morning stretching session!

TV Insider had fans ask questions to the cast of Blue Bloods. Here are the questions and answers:

Frank’s wife has been gone long enough. He needs to have love in his life. Will he? —Merida

Selleck: I don’t know. If you’re doing four stories per show, it’s difficult, and Frank, being who he is, makes it hard. He’s devoted to what he does on the job and to his kids, but he’s kind of a man alone. I am happy people want that, though. [Chuckles] Frank is human; he hasn’t been completely chaste since he lost his wife. This season, a woman [Alex Kingston] he’d had an encounter with when she was a city of London police commander returned. But Frank’s still wearing his wedding ring. Will he ever deal with that?

Could Danny get together with Maggie (Callie Thorne) the psychic? They had a great time at the karaoke bar and she gave him advice about moving on from his late wife, Linda. —Rob Bob

Donnie Wahlberg (Det. Danny Reagan): I play Danny as being very cautious about who he trusts. The fact that he trusts Maggie so much when others don’t says a lot. I think their focus is on helping people, not dating.

When are Danny and Baez going to admit their not-so-hidden feelings for each other? The birthday dinner was the icing on the cake! —K San

Marisa Ramirez (Det. Maria Baez): I wish I knew! Danny and Maria are in such a great place. Sometimes taking things to another level only complicates things.

Are Erin and Anthony (Steven Schirripa) going to get together? They have obviously caught feelings for each other and were jealous when the other had a “date.” —Erin & Anthony

Moynahan: I don’t know that the relationship is going in that direction. It’s almost like Moonlighting. You wanted those two characters to get together and once they did, it ruined everything.

Will Jamie and Eddie have any kids? —Tbird1549

Vanessa Ray (Officer Eddie Janko): A Jamko baby would be fun, wouldn’t it? If Eddie were to get pregnant, though, it would mean sitting behind a desk. Not sure she’d love that, but being a part of the Reagan family has changed her in many positive ways.

Will Estes (Sgt. Jamie Reagan): That’s up to God and our writers. I’ll be staying tuned with you.

When will we see Frank use some of his skills that propelled him to the position of police commissioner? —SteffD

Selleck: The commissioner in the trenches is always an interesting idea, but it’s not what he does. That said, he’s pretty good with suspects, he’s good with figuring people, so he does use his skills. I don’t think you’ll see him out investigating a case. But who knows?

What’s next for Jamie and Eddie in their professional lives? —Esmeralda A

Estes: They’ve been through so much to bring them to this point. Eddie has decided she doesn’t want to be a boss but rather go the route of detective. Jamie has decided to rise up through the ranks.

Will Frank ever step down as PC? —Hunter Simpson

Executive producer Kevin Wade: I suppose when the show ends, he will step down. There would be no advantage in having Frank run for mayor or retire and move out to Montauk and start fishing.

Is Frank on a sigh control count? —Dokey 44

Selleck: Frank has blatantly said, “I didn’t choose this job.” He did it out of a sense of duty, because the cops needed a leader they could trust. So he doesn’t like the job and he’s not really a good boss. He often takes everything out on his staff. They understand, and they love their boss. He’s always got a problem—that’s where the sighs come from. We wouldn’t have much of a show with Frank if there weren’t all those sighs. [Laughs]

Len Cariou (Retired PC Henry “Pop” Reagan): That would be a great idea. It would be nice to have an episode devoted to each of them as fathers.

Why isn’t Joe Hill (Will Hochman) a full-time cast member yet? —Kyle

Wade: We already tell three or four stories a week with our main cast members, but we have been able to fit Joe Hill into [at least] five episodes this year.

Donnie deserves his own show. Could there be a spinoff about Danny? —R.W.

Wade: That’s above my pay grade, but Donnie could certainly drive his own show.

If you were stuck on a deserted island, which cast member would you want to be stuck with? —Esmeralda A

Wahlberg: If I wanted to laugh until we got rescued: Marisa Ramirez. For deep conversation: Bridget Moynahan. For life lessons: Tom Selleck. If I want guaranteed survival, which I do: Will Estes.

Estes: Andrew Terraciano [Sean Reagan]. He’s the youngest and I think I could convince him to take on more of the survival chores than anyone else. He’s also smart and teaches me about history [on set].

What’s been your toughest scene to film? —Isabella Dimesa

Moynahan: Any scene shot at night is difficult because I am an early bird who goes to bed at 9:30.

How do your characters drink so much hard liquor and still manage to get up for work? —Bob B

Wade: [Laughs] In our real world, that is apple cider or iced tea.

What’s the best thing about filming in New York? —Bianca

Selleck: New York City adds texture. In L.A., we’d have to find a street alley where the sun isn’t too bright and pretend we’re in New York. We’d be out of locations.

Cariou: I get to sleep in my own bed. Oh, and the proximity to wonderful culture.

Ramirez: I love to go on short walks during our lunch breaks. I usually end up in a sweet shop like See’s Candies!

Tom Selleck shares some memories of shooting the pilot episode of Blue Bloods and what his relationship is like with other cast members in this interview with CBS New York.